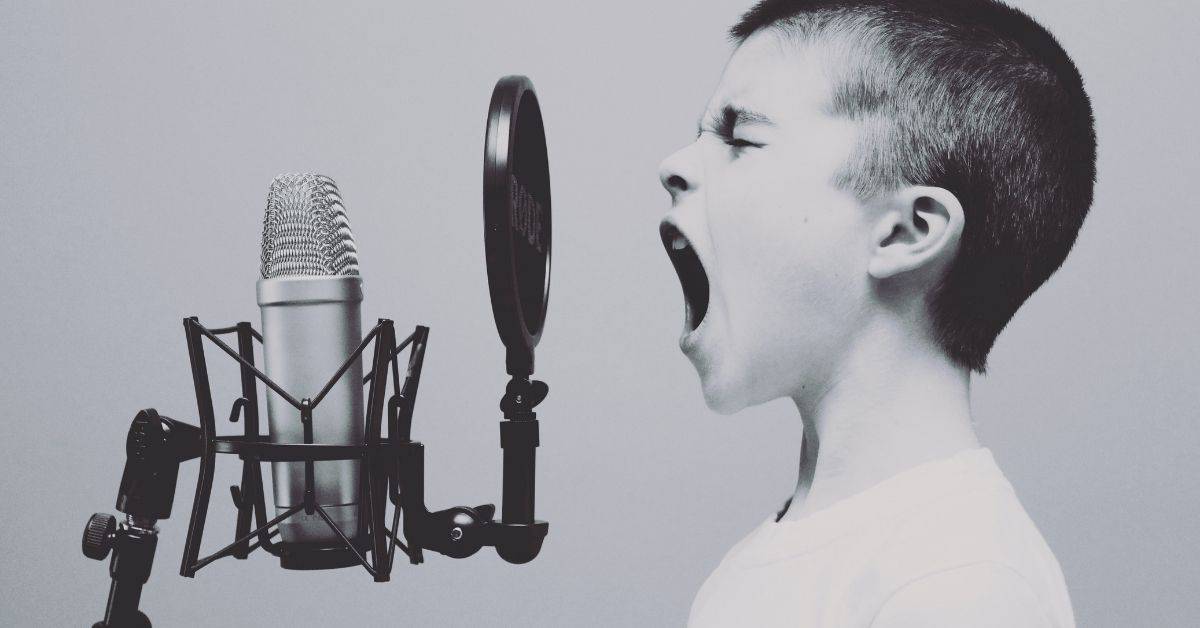 Autistic people stim in lots of ways – we jump, rock, use weighted blankets, touch favorite textures, etc.  One of my favorite ways to stim is verbally.  I like playing with words, with the sounds of them and the feel of them in my mouth, the way different shapes of my lips and teeth can completely change the sound of the word itself.  Verbal stims are fun and light up parts of my brain that sensory stims don’t touch.

Before writing this, I did a quick Google on “verbal stimming” because I’m not totally clear on the differences between terms like echolalia, palilalia, etc. and I wanted to make sure I knew what I was talking about.  But what I found was very upsetting.  Almost the entire first page of results was things like “reducing vocal stimming and scripting in children with autism”, how to “treat” it, how to “manage this symptom” of autism, and links to ABA.

And what’s more, I still don’t have a good handle on what the relevant terms mean.  So I’m just going to do my best here.

Echolalia is the verbal behavior most commonly associated with autism.  I found a few varying definitions, but basically it’s repeated speech.  Some places say it’s voluntary and can be controlled, some places say it’s voluntary but likely unconscious so autistic people aren’t aware they’re doing it.  Echolalia takes in a lot of territory, as well, with various sources using that word to cover everything from repeating the last few words said to you or just the last couple of words of someone else’s sentence to quoting lines from songs, tv, or movies and other “scripting”.  Almost all sources I found describe echolalia as meaningless, despite the fact that quoting is often legitimate communication.

The one solid idea I could get from all this is that echolalia is repeating something someone else said.  And yes, I do that.  I repeat some of my favorite lines from movies and tv over and over just to get the accents and pronunciation right.  When I hear a word I like, I’ll roll it around my mouth a few times to get the feel of it, almost like learning a new dance step.  With particularly good phrases – I’m thinking mostly of Douglas Adams and Terry Pratchett here – I have to stop and say the line once or twice just to appreciate it properly.  Usually I have to speak it slowly, then faster, and then just let it sit on the back of my tongue like a spoonful of honey for a minute and really soak it in.

And as for songs – well, songs are meant to be sung, aren’t they?  Preferably over and over and over (the proper way to love all things).  Although I do have an annoying habit of getting just a line or two stuck looping in my head until I can go find the song and play it all the way through.

Palilalia is a new term for me because I didn’t know that there was a different word for repeating your own words instead of someone else’s.  Apparently, echolalia is repeating another’s words and palilalia is repeating your own words.  Most sources I found agreed that palilalia is almost entirely involuntary and difficult to control, and they said that it tends to manifest as a person repeating a word or a few words several times while getting quieter with each repetition.  Interestingly, I didn’t see much association with autism or mention of palilalia being an autistic behavior.

However, Neurodivergent Rebel made a video about verbal stims and included palilalia in her discussion.  She talks about it as “getting stuck in little speech loops” – and suddenly I understood!

There are a few words and phrases which, once I’ve said them once, I have to say them a few more times.  I have no idea why, its kind of compulsory.

For example, I have an ancient t-shirt that says “Do not meddle in the affairs of dragons, for you are crunchy and good with ketchup”.  If I say that phrase aloud, I repeat the second half at least 4-6 times, focusing on “crunchy”.  The same thing happens with one of my favorite Bugs Bunny cartoons, “Transylvania 6-5000”, and the line “Doesn’t he look sweet and crunchy, Agatha?”.  There’s just something marvelous about the sounds that make up the word “crunchy” and I can’t stop saying it for a while!

I have a similar issue with new languages.  I’m currently trying to learn Scots Gaelic and Welsh, and when I finally get the hang of a new pronunciation (because my poor American-speaking mouth has no idea how to form some of those sounds), I’ll unconsciously repeat a word for several minutes.

Speaking of languages, I have a tendency to pick up the accents and speech patterns I’m exposed to.  I’ve searched and searched but I can’t find a term for this other than “the Chameleon Effect”.  My theory is that it’s related to echolalia in some way.  I don’t do it consciously, and it doesn’t happen with all accents – for instance, I don’t find myself picking up other American accents, only those outside this country.

It also doesn’t require me to be physically around people with those accents.  Most often, I pick them up from things I watch or listen to.  My favorite example of this is Red Dwarf, because the first time I noticed this effect was after I’d watched about half the series in a day and caught myself sounding like Dave Lister (only in part, however, because his Liverpool accent uses vowel shapes that do not come naturally to me).  Alternatively, an audiobook can drop me right into Stephen Fry’s posh pronunciations, confusing everyone around me here in Louisiana.

Perhaps because I do this so naturally (and unavoidably), I’ve always loved accents and I actively try to work out the right oral posture and vowel shapes to go with the speech patterns that come so easily.  Doing this, I end up practicing both echolalia and palilalia, and it’s very fun and soothing for me.

Other Verbal and Vocal Stims

There are some words that are just fun to say.  Remember the old Dr. Demento “Bulbous Bouffant” sketch?  Or how about Monty Python’s “Woody Words”?

I dare you to say “the rain in Spain stays mainly in the plain” without enjoying it at least a little bit.  And alliteration is absolutely awesome and amusing for the brain (wink wink).  At least half of what I love about Hamilton is the very stimmy wordplay set on syncopated rhythms.

Singing and humming are also great vocal stims, whether you go through a whole song or just a few lines over and over.

Verbal stims are like a massage for my language circuits, giving them stims to play with to help keep them calm and prevent glitches.  Admittedly, I try to avoid them in professional settings or around people I don’t know well, but I’m not ashamed of them and in my own home, or with my family, I stim as I like and as I need.

What are your favorite verbal stims?  Got a list of favorite words that just feel good to say?  Did you get into poetry or a particular author because the way they use language just works for you?  Does anyone else pick up accents unintentionally like I do, and if so, do you feel you have to apologize in advance when you speak to someone with an accent you’re likely to pick up?

Share on TwitterShare on FacebookShare on PinterestShare on LinkedIn
Language Stimming