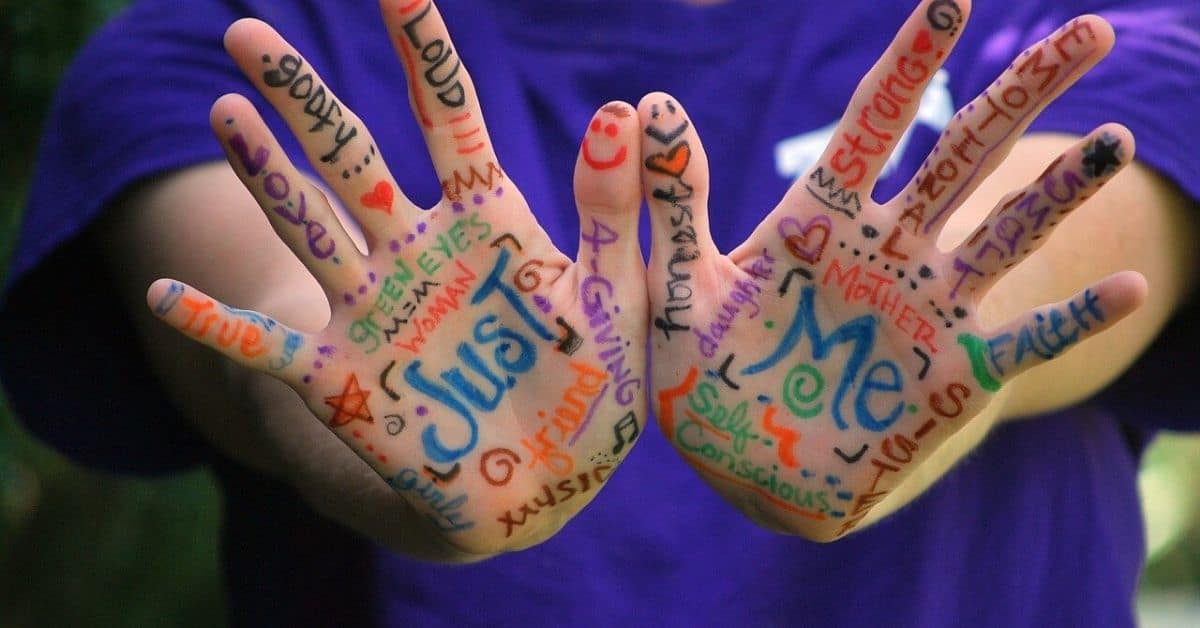 Why I Use Identity-First Language

In pretty much everything I write, on the blog and on social media, you’ll find that I say “autistic” or talk about “being autistic” instead of saying “person with autism” or talking about “having autism”.  The language I use is called identity-first language, while the other phrasing is called person-first language.  You wouldn’t expect it, but this is one of the more divisive issues in the autistic and autism communities.

Some people get very upset – to the point of being indignant and using all caps and multiple exclamation points – if you use the language that they don’t prefer.  I will never tell anyone else how they should choose to identify, but I do insist that people respect my choice to use identity-first language and allow every autistic person to decide on the language they prefer to use for themselves.

What is Person-First Language?

Person-first language took hold in America in the 1970s.  It’s considered a way to avoid labeling people by using terms like “person with diabetes” instead of “diabetic” or “person with alcoholism” instead of “alcoholic”.  The idea is that identifying someone with their condition is dehumanizing, and so you should always say they are a “person with” whatever condition.

The larger disability community in the USA accepts and encourages person-first language, with the exception of the Deaf community, who prefer to be called “a Deaf person” or “a hard of hearing person” (and yes, “Deaf” is meant to be capitalized – I only learned that recently and I kind of love it).  As I understand it, the disabled community likes person-first language because it emphasizes the distinction between the person and their disability.

What is Identity-First Language?

Identity-first language is the model that the Deaf community has chosen (and fought for).  Deaf culture is strong, positive, and distinct from hearing culture, and they take pride in it.  This is also the model that most autistic adults prefer, calling themselves “an autistic person”, “an autistic”, or “an autist”.

Proponents of identity-first language argue that their condition, such as Deafness or autism, is an integral part of one’s identity, inseparable from the person, and therefore the language that creates a distinction is inappropriate.  Some find person-first language demeaning because it comes from the disability model and therefore places an emphasis on lack of ability or handicap.  It also goes directly against the neurodiversity paradigm, which views autism, ADHD, and several other neurological differences as simply variations in the human brain, rather than aberrations.

Why I Prefer Identity-First Language

Those who champion person-first language say that calling someone a “person with” a condition shows that they are a person first (see what they did there?), with value and worth, and that their condition – alcoholism, diabetes, AIDS, migraines, cancer, autism, etc. – does not define them.

The thing is, for most of us who have grown to adulthood while autistic, autism does, in fact, define our lives.  It colors how we see, feel, and interact with the world at large because our senses are different from neurotypical peoples’ senses.  It affects every single interaction we have with other people.  It determines how we communicate, whether that means using assisted communication devices or taking things literally or being incredibly wordy because we want to make sure people understand us.

To us, using person-first language is negating.  It removes a vital part of us – our autism – without which, we would not be who we are.  It says that our worth, our value, is reserved to that part of us that is not autistic – only there is no part of us that is not autistic.  We are our autism and it is us.  It’s not a suitcase we can set down when it gets heavy and hard to deal with, nor is it a purse or set of keys that we could easily lose.  It is who, what, and how we are.

Most of us have been labeled a lot of things throughout our lives:  Stupid, slow, lazy.  Arrogant, too smart for our own good.  Disruptive, bad.  Weird, antisocial, unfriendly.

And I hear the same thing over and over again from people who were diagnosed in adulthood – that finding out they were autistic meant that they weren’t broken.  We like the word “autistic” because it means all those other hurtful labels people put on us aren’t true.

As I said earlier, I will never tell another person how they ought to identify.  If someone prefers to say they have autism instead of saying that they are autistic, I will respect that and use their preferred language.  That’s basic human decency, in my opinion, like calling someone by their correct name (and making a good faith effort to pronounce it no matter how “different” it may be).  You have the right to determine how you are identified, and I have the same right for myself.

So Where’s the Problem?

The problem comes up because there are strident voices on each side.

It’s usually neurotypical parents, clinicians, and therapists who get very noisy about using person-first language.  They claim they want to avoid labeling children or putting limits on adults’ potential.  They will always come back to “autism doesn’t define you”.  As far as I can tell, the original intent is well-meant, to prevent any stigma from getting in the way of their children’s best lives and to keep them from being mistreated simply due to their autism.

That said, it gets obnoxious when these neurotypical people come into autistic spaces or get in an autistic person’s face and start using all caps to tell us that we have no right to define ourselves for ourselves and that we have to listen to them because they know better than we do.  That’s purely infantilizing, which – I thought – is what they didn’t want being done to people with autism.

Recently, I saw a tweet from an autism advocate that said: “If you need to be reminded that autistic people are people too, then I’d say the problem lies pretty significantly with you.”  I have to agree – if you have to say, out loud, that I am a person before you can treat me like one, I don’t think I’m the one with the disability here.  In fact, I can’t help wanting to quote Hannah Gadsby: “I feel a little bit like a nose being lectured by a fart.”

Now, that is not to say that the autistic community is perfectly well-mannered about this subject, either.  There are those who will attack a fellow autistic person for preferring person-first language and try to “educate” them on why they must always use identity-first language or else they’re betraying themselves and every other autistic on the planet.  Or they’ve been brainwashed by internalized ableism or some such thing.  And I get where they’re coming from too – we’ve been lectured for so long by neurotypicals who see us as lacking something to make us fundamentally human that it’s hardly surprising there would be backlash.

Some of those same autistic people will jump down the throat of any neurotypical who dared try to make them use person-first language – understandable, but I feel like you should at least try a calm explanation first.  I’ve spoken to people who genuinely thought autistic people preferred person-first language and were horrified to learn they’d been unintentionally rude.  However, if after explaining it to them, the neurotypical person still says you should always call yourself a “person with autism” – well, even I get rude about that if I can’t make myself disengage fast enough.

Identification is a personal thing.  Nobody has the right to decide how you define yourself except you.  I will continue to use identity-first language in my writing, not to alienate those who prefer person-first language, but because it’s what I’m comfortable with and it’s how I think.  If you feel the need to lecture me on this, expect to have your comments deleted.  If you’d like to have a mutually respectful conversation about why some people prefer one or the other, let’s go for it!

Have you ever been lectured by someone about why your language around autism was wrong?  Did you ever have someone jump on you from out of the blue and tell you that you were defining yourself incorrectly?  I once had someone who claimed to be a therapist working with autistic kids tell me that by embracing the label of “autistic”, I was showing that I “didn’t want to get better” – I did not disengage fast enough that time.  Do you have any tips for getting out of those kinds of conversations before they get ugly (and when you want to jump into that fray but need some impulse control)?