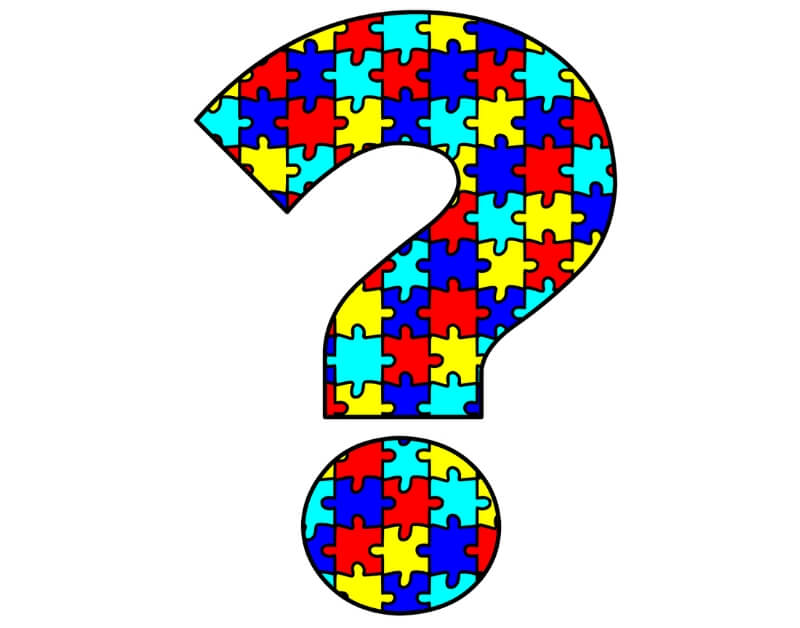 As probably the most well-known autism “advocacy” group in America, it’s understandable that parents or adults facing a new diagnosis might go to Autism Speaks for information and assistance.  But if you spend any time in the autistic community, you’ll soon find out that they are neither respected nor appreciated, and with good reason.

The story that made me realize Autism Speaks was not to be trusted came from Diary of a Mom.  I can no longer find the original post, but it’s quoted in the link above, about halfway through the post.  It was just a quick vignette, the story of how Suzanne Wright, founder of Autism Speaks and grandmother to an autistic person, grabbed an autistic child’s face and forced the girl to look at her.  You should never touch another person’s child that way to begin with, and you absolutely do not forcibly grab an autistic child.

That quick story told me all I needed to know: the founder of this group has no respect for autistic people and treats them like objects without any feelings or humanity worthy of consideration.

I didn’t need any more convincing, but there’s plenty more to tell.

Let’s start with the horrific ad spot, “I Am Autism”.  I won’t link it here because I don’t want to even give them rage clicks, but it’s available on YouTube if you want to see it for yourself.  Personally, I’m hard pressed to call it anything other than hate speech and propaganda. A menacing voice, identifying itself as “Autism” threatens parents with statements like “I will make sure your marriage fails”, “I will bankrupt you for my own self-gain”, “I will make it virtually impossible for your family to easily attend a temple, birthday party, or public park without a struggle, without embarrassment, without pain”, and of course, “I will fight to take away your hope.  I will plot to rob you of your children and your dreams.”

John Elder Robison, author of Look Me In The Eye and several other books, was the only autistic voice when he served on the Science and Treatment Boards of Autism Speaks.  In 2013, after years of trying to steer the organization in a more respectful, truly advocating direction, he resigned.  In his essay announcing his resignation, he says:

The absence of people with autism in governing or oversight roles has crippled Autism Speaks in its efforts to connect with the community.  Any group that hopes to be accepted in service to autistic people must make autistic people its #1 priority, with no exceptions.  The priority cannot be autism parents, or autism grandparents.  It’s got to be actual people with autism.”

That’s another point that rankles many in the autistic community.  Autism Speaks has, throughout its existence, focused almost exclusively on the needs and struggles of parents and families of autistic people.  What programs and services they offer are focused on making life easier for the long-suffering parents and siblings of autistics.  They have done little to help actual autistic people, more often acting as though we were merely baggage that our parents carted around out of obligation – and those parents deserved sympathy and help to deal with us.

Autism Speaks also has a long history of questionable practices and associations.  According to the Autism Self-Advocacy Network, less than 5% of the organization’s budget goes to programs to help families, with roughly 20% spent on fundraising and over 40% dedicated to lobbying and “awareness”.  For most of its history, the organization has been deeply ensconced with the anti-vaccination movement and other adherents of dangerous fringe theories.  However, to its credit, the organization’s website now specifically denies any link between vaccines and autism.

Autism Speaks has also promoted the Judge Rotenberg Center, which is the only institution that still legally uses electric shocks on its disabled residents.  In January 2019, the FDA announced “plans to ban” that practice by the end of the year.

In what might be the most egregious example of disregard for the rights of autistic people, Autism Speaks used an out of context quote by an autistic woman who protested against them, without any permission and without proper attribution.  When she called them out, they lied, took it down, and then put it right back up as if they had done nothing wrong.  The misattributed, context-free, misapplied quote appeared on the Autism Speaks website off and on through at least January 2014.  You can read the full account here.

A mission to find a “cure”

The original mission statement of Autism Speaks specifically included language about being “dedicated to funding global biomedical research into…a possible cure for autism.”  This bothers many of us in the autistic community because it implies a genetic “cure”, which would effectively eradicate us by eugenics.  The language about a “cure” was removed in 2016, replaced with language about “a spectrum of solutions”.  About the same time, they finally added two autistic people to their Board of Directors, Dr. Stephen Shore and Dr. Valerie Paradiz (it should be noted that as of March 2019, Dr. Paradiz is not found on the Board of Directors page on their website).  Supposedly, there has been a lot of change in the organization, but time has not shown much as yet.

This is just a sampling of the reasons the autistic community does not like or trust Autism Speaks.  For a larger roundup of stories explaining the problems with that organization, you can check out this post at Medium.  Since its founding in 2005, Autism Speaks has felt that they have the right to speak for us, rather than listening to us.  They have demonized us, told us that we are burdens and tragedies, and then said to our faces that we don’t really understand what they’re saying about us.  Well, we do understand, and we demand and deserve to speak for ourselves.

Nothing about us without us.

Do you have any experiences with Autism Speaks you’d like to share?  Have you found evidence that things are getting better since the big changes in 2016?