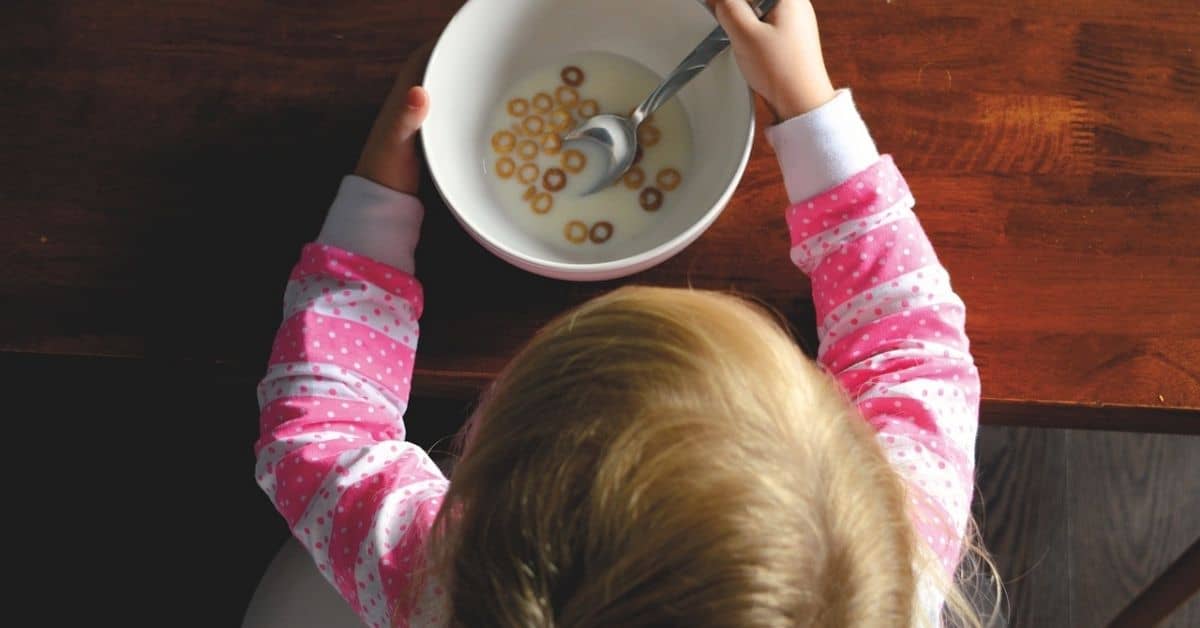 They’ll Eat When They’re Hungry (No, We Won’t!)

It’s the most common piece of parenting advice, passed around new mom circles and down through generations as a way of dealing with picky eaters: “They’ll eat when they’re hungry”.

And it probably works well enough with neurotypical kids.  If refusing to eat what’s in front of you is a power struggle, trying to get your own way, then I expect that when you get hungry enough, you will give in.

But it’s not like that with autistic kids.  We won’t eat when we’re hungry.  Not only because we often don’t recognize that we’re hungry in the first place, but also because it’s not about refusing to eat a certain food – it’s that we can’t.

Let me be very clear here: autistic children don’t just refuse foods to be difficult or to get their own way!  Autistic kids can have lots of issues with food, from the smell to the flavor to the aftertaste as well as the texture in their mouths and the texture as they swallow it.  If you see an autistic child try to eat something they can’t stand, you will often see a visceral, gagging reaction.

This is NOT a kid throwing a tantrum.

When the Choice is Eat or Go Hungry, We May Go Hungry

I grew up in a poor household where there wasn’t a lot of choice as far as food.  We always had meals, but snacks were few and usually set aside for my older brother.  My mother wanted all the meat well done, all the carbs brown or whole wheat, and as little seasoning as possible in everything.  And both of my parents had enough executive function problems that every meal was underdone or burned.

The rule in our house was that you ate what you were given or you didn’t eat – because we didn’t have extra food.  This was not a bad decision on my parents’ part, nor was it unreasonable under the circumstances.  But it did mean that there were a lot of times that I simply went hungry.

Whole wheat bread makes me sick.  But it was all we were allowed to have when I was a kid, so I usually took my sandwiches apart and ate the filling without the bread.  My mother’s meatloaf was nothing but plain ground beef with half-inch chunks of bread in it and a sliced onion on top; her crockpot roast was basically the same, but included a bouillon cube for salt.  I can barely tolerate well-seasoned beef at the best of times, due to the texture, so there was no chance of my taking more than two bites of that stuff.  The brown rice was usually served crunchy.  Our “salads” were torn iceberg lettuce, with peeled cucumber if we were lucky.  Thank heaven for Italian dressing.

For most of my childhood, I survived on potatoes (mashed, baked, or cooked with a roast), peanut butter, fruit, and various boxed meals where I could eat around the huge chunks of meat I couldn’t handle.  I ate spaghetti for a while (again, eating around the boulders of flavorless, rubbery hamburger in my dad’s sauce) until my mom discovered whole wheat pasta – then I couldn’t eat that either.

When our meals were inedible for me, I nibbled what I could and then claimed I “wasn’t hungry” so I could leave the table.  When there was something I could eat, I inhaled it, going back for seconds and thirds, trying to beat my teenage brother to the last serving because I didn’t know when there would be food I could eat again.

My mother only ever had two responses to my saying I didn’t like a food: “it’s good!” or “you love this!”

I assume the former was meant to encourage me to try things.  The latter was not based on any preference I showed, but on the fact that she saw me swallow said food once without vomiting.  To this day, if I tell my mom that I don’t eat a particular food, I still get one of those two responses.

Both of those lines do not allow a child to disagree.  The latter is flat out telling a child that they are wrong about their own tastes and experiences – that is NEVER ok.

If your child refuses a previously acceptable food, saying “you usually like this” or asking “why was this ok [yesterday, last week, whenever] but not today?” will get you better results without gaslighting the kid, as long as you’re kind about it.

There are a lot of factors that can affect an autistic child’s ability to deal with various foods – stress, fatigue, anxiety levels, over or understimulation of various sensory systems, etc.  These things are never the same from one day to the next.  Getting angry or snarky or condescending with your child over what they will or won’t eat can often lead to them shutting down and not eating at all just to avoid the unpleasantness of conflict.

All This Can Lead to Disordered Eating

There’s a surprising amount of overlap between autism and eating disorders.  I haven’t gone far enough into the research to know if anyone is looking seriously at food aversions as part of the cause, but I hope they are.

I don’t think I meet the criteria for diagnosing an eating disorder, but I absolutely struggle with disordered eating.  Now that I’m the adult, I only have food in the house that I like and can eat without problem – but there’s still that child in me who thinks there might not be food by the time I’m hungry again and wants to eat as much as possible while it’s there.  Going to bed hungry so often taught me to ignore my body’s signals that I need to eat – and they were already pretty weak to begin with – so I can go all day without eating and only realize it late at night when my brain’s gone extra foggy or I start crying for no apparent reason.

I know I’m going to get questions about how to get kids to eat more foods – I don’t have those answers but I’m looking for them and I will share good advice when I find it!

I just really needed to write this to make sure people know that “they’ll eat when they’re hungry” doesn’t work for autistic kids and using that mindset could set them up for problems well into adulthood.  Don’t make mealtimes a fight, let them eat the same things over and over, cover their missing nutrition with vitamins and/or supplements.  But don’t try to starve an autistic child out of a food aversion – it won’t work.

Did you grow up in a “clean your plate” home?  An “eat it or go to bed hungry” home?  Were you ever made to sit at the table until you ate something you hated?  Do you have any advice for handling food aversions?