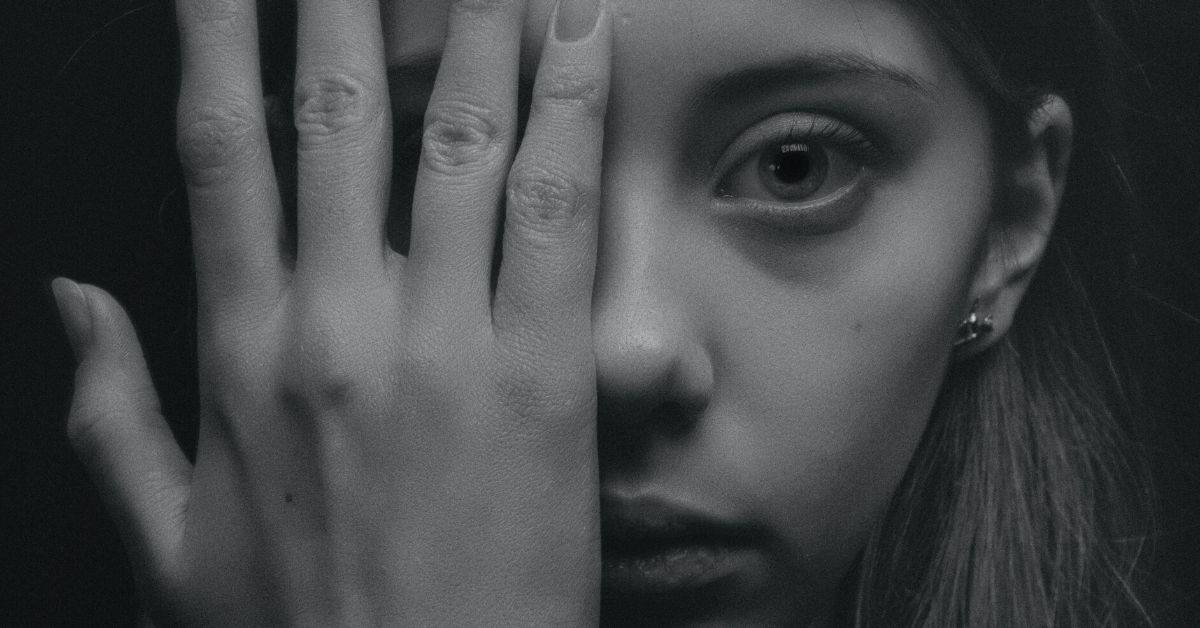 Advocacy, Living in the NT World

Every now and then, I run across a piece of film or other media that hits really close to home in depicting parts of my autistic experience.  One of those is the episode “Mute” from season four of The Twilight Zone.  You can find it on Hulu if you’d like to watch it yourself.

Like my post on The Hitchhiker’s Guide to the Galaxy, I’m not saying that “Mute” is an intentional autism metaphor, just that it makes a really good one if you look at it that way.  This episode is from 1963, so there’s almost no way it could be intentional, yet some of it is so on point that I feel the need to offer a trigger warning for it: there is a lot of overwhelming echoing noise that’s hard for me to listen to and might upset other autistic people, and anyone who’s been bullied by teachers or gone through ABA may be triggered by the way the teacher treats this little girl and how she finally reacts.

In typical Twilight Zone fashion, this story takes place in the mid-twentieth century, post-WWII era.  It opens with a group of mostly Germans (naturally, because it was the post-War years) agreeing to undertake an experiment to gain telepathic abilities and to raise their children to be telepathic as well.  Excellent Twilight Zone start.

Cut to ten years later, when one of those couples, the Nielsens, perish in a house fire in Pennsylvania.  Their 12-year-old daughter, Ilsa, is found alive.  Nobody knows of any relatives so Sheriff Wheeler takes her to stay with him and his wife.  Because this was the 1960s and it’s TV.

At first, they assume Ilsa’s in shock.  One firefighter remarks that she doesn’t talk or cry or anything at all.  She remains impassive as she’s bundled into a blanket, put in a car, and then carried upstairs and put into a bed.  It isn’t until she reaches out for her parents and finds out they’re dead that she begins to cry silently.  And when Mrs. Wheeler tries to comfort her, Ilsa flinches from her touch.

Sheriff Wheeler is the first to say there’s “something wrong with her”, adding “she’s not deaf or dumb or retarded or anything” but that “it’s as though she doesn’t know how to talk”.  I feel compelled to point out the lazy writing here, because they have no way to know she’s not dumb as in unable to speak – that’s exactly what it looks like and would explain why Ilsa was never sent to school – but the plot requires them to drive home the idea that Ilsa’s parents never taught her to speak, so let’s go with that.

After several weeks with the Wheelers, Ilsa is put into school.  The teacher, Miss Frank, carries a grudge against the Nielsens because she took it as a personal insult when they refused to enroll Ilsa.  Miss Frank is played as mean and deceitful, engendering mistrust as we hear Ilsa’s thoughts and see her fear of this woman.

At school, Miss Frank berates and belittles Ilsa in front of the class, bullying her to try to get her to say her name and getting the rest of the children to chant Ilsa’s name at her.  At the end of her first day of school, Miss Frank speaks to Ilsa telepathically, accusing her of being trained as a medium and promising (in a very threatening way) to undo what her parents did to her.  Ilsa is terrified, not knowing where Miss Frank got such an idea.

This treatment continues for several weeks, but eventually Miss Frank changes to having all the children think Ilsa’s name at her to crowd out her mind and force her into speaking.  By the time another couple from the experiment, the Werners, arrive from Germany to take Ilsa, her telepathic powers are fading and she breaks down, sobbing “My name is Ilsa” over and over and over.  The Werners leave Ilsa with the Wheelers, who proceed to adopt her and it’s supposed to be a happy ending for all.

First, obviously, Ilsa is non-verbal.  She can think full thoughts, and she knows things, she just can’t verbalize them.  It’s shown that she does think in language – I don’t know if that’s the case for non-speaking autistics, but it’s definitely true for me when I go non-verbal during a meltdown.

Miss Frank and the Wheelers make a big deal about how she “doesn’t understand one word of English” or she’s been “left…in ignorance”.  They think she’s an idiot because she doesn’t speak, that she has no intellect, no education, and no understanding.  That’s all pretty standard for the way many non-speaking autistics are thought of and treated.  To say nothing of how reminiscent it is of certain autism warrior parents and groups like Autism $peaks.

However, Ilsa does pick up on Mrs. Wheeler’s grief over the death of her daughter, and she does recognize that Mrs. Wheeler wants to take care of her.  In these moments, there is communication and Ilsa is calm, comfortable, and even affectionate with Mrs. Wheeler – until she starts talking to her.

This is the part that inspired me to write this post: the depiction of the sensory overload when people speak around Ilsa.  Any speech at all, even just one person, is loud, echoing, garbled, and clearly causes Ilsa distress if not actual physical pain.  I know that sound!  For me, that’s the sound of several people speaking at once, all too loudly, and it truly does hurt my ears and make my brain pound inside my skull.

And when the entire class starts chanting at her – “Il-sa, Il-sa, Il-sa” – it layers echo on echo and the rhythmic sound almost overtakes my brain.  This is why I put the trigger warning up front.  This part is hard to listen to.

There are also some good depictions of visual overwhelm when Ilsa is first taken to school.  The shot opens with a child’s drawing of a jack o’ lantern, then widens to show several children’s pictures, and then finally to Ilsa staring at them wide-eyed as she’s led through the hallway and appearing confused and frightened.  When Ilsa enters the classroom, the door is at the back and she has to walk all the way to the front of the class.  We’re given a shot of a sort of tunnel of children’s faces leaning in on her as she walks – it’s not done with a fisheye lens or anything else that I can tell, but those faces seem to loom more largely and more menacingly than they might actually be.

One of my favorite moments in this episode happens when Ilsa is in school.  A boy is reading aloud (painfully) about what a boat is.  Rather than focus on how the speech sounds to Ilsa, this scene gives us insight into her thoughts, which are as follows:

And from there we see how she understands boats, which is a moving picture of a large ship sailing on the ocean.

This isn’t a big leap from Temple Grandin saying that her brain works like a Google image search, and many autistic people think in pictures more easily than they do in language.  Human language, especially English, is incredibly limited – words are just inadequate for really describing the truth of most things.

I love this line because it’s the most concise explanation of one of my autistic thought processes that I’ve ever heard.

Miss Frank reminds me strongly of some of my elementary school teachers who enlisted my classmates against me.  But the thing that hit me really hard was when she tells the class that they’ll work with Ilsa “until she’s exactly like everybody else”.  Not only does she say it as a threat, it’s nearly identical to the stated goal of ABA: to make autistic children indistinguishable from their non-autistic peers.

While Miss Frank doesn’t exactly yell at Ilsa, her voice is loud and threatening enough that it sets me on edge while watching it.  She snaps at her to make her get up, face the class, and then she keeps on harping about her posture for another few lines.  And the overwhelm that Ilsa goes through when the class chants her name or thinks it in chorus at her is palpable.

After weeks of abuse and confusion at the hands of Miss Frank, Ilsa is so overwhelmed that she breaks down in front of the Wheelers and the Werners, sobbing hysterically.  She finally speaks, repeating “My name is Ilsa” over and over through her sobs.  She sounds like she’s afraid she’ll be hit or like she’s apologizing with every repetition of the phrase she’s been bullied and badgered into learning.  It’s a hard thing to watch.

The episode ends with the Werners leaving Ilsa with the Wheelers under the idea of “she’s loved now so she’ll be happy”.  The final scene and narration double down on that sentiment.  But it’s just never felt right to me.  The child has been traumatized and mentally brutalized – I can’t believe that she’s actually ok, let alone happy.

Again, I don’t claim “Mute” is a perfect or intentional representation of autism, but if you need to get someone to understand how sound can overload you or how you’ve been bullied by teachers or therapists, this could be a good and easily accessible resource.

What do you think?  Do you recognize the way they depicted overwhelm and overstimulation?  Do you think the ending was happy?  I’ve argued with people about that.  Did you also find Miss Frank threatening by her very demeanor?  Did this episode bring up any memories for you?