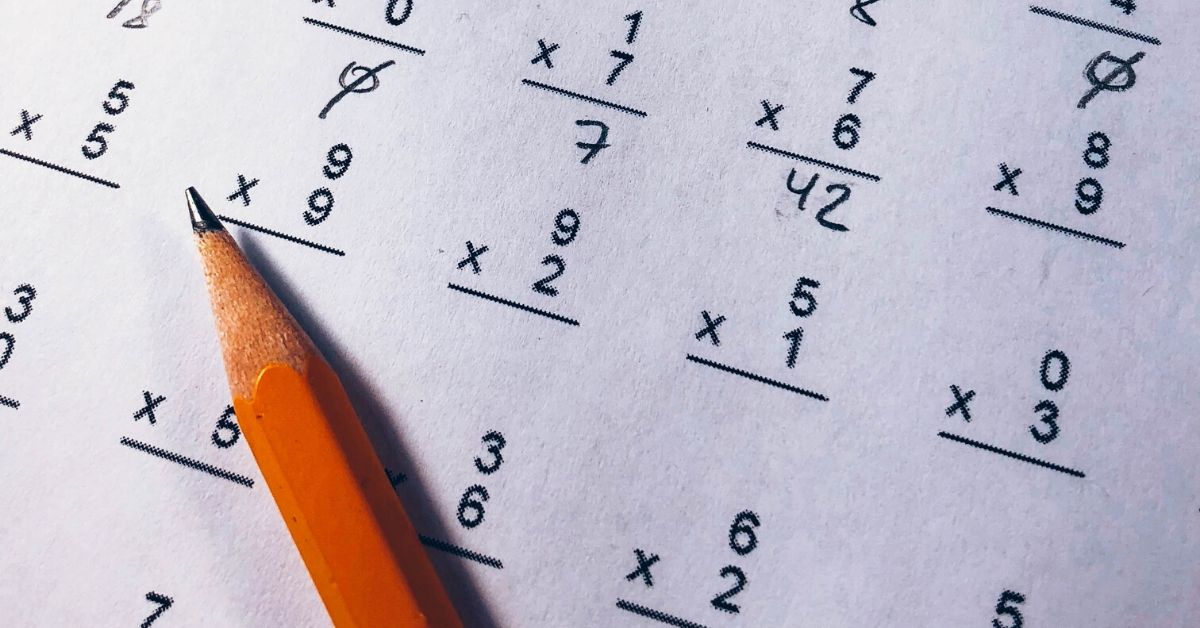 Autistic Adulthood, Living in the NT World, Myths and Misconceptions

One of the common stereotypes of autistic people is the idea of the human calculator.  I blame Rain Man for a lot of this, but characters like Sheldon Cooper haven’t helped.  The truth is, we’re not all incredible at math.  In fact, some of us are hopeless with numbers.  If pictures like the one at the top of this post strike fear into your heart, you’re probably familiar with this learning disability that many autistics deal with: dyscalculia.

Most people who like math, whether NT or ND, like it because numbers do the same thing every time.  You add 2+2, you’ll always get 4, just for example.  But for me, or anyone else with dyscalculia, they don’t.  I can work a math problem three times and get at least two different answers – and I will have no idea which might be right, or where I might have gone wrong.

Growing up, I was in the gifted program (I was hyperlexic with a high verbal IQ, which was how they tested at the time), and “twice-exceptional” was not yet an accepted idea.  Although I was way above grade level in everything involving reading, I just barely maintained grade level when it came to math.  My teachers routinely said I was “lazy”, “not trying”, “careless”, or joined in my classmates’ taunt of “I thought you were supposed to be smart”.  My mother, who holds a math degree and is a lion tamer with numbers, tried to help me but always came back to “you just have to pay attention”.

I couldn’t explain it to anyone.  Numbers like 6 and 9 would flip upside down and back again in the course of working a problem.  Other pairs of numbers – 5 and 8, 3 and 8, 7 and 9 – had a tendency to just morph into each other.  The “x” used for multiplication would turn on its side and become a + sign, so that I would add when I was meant to multiply or vice versa.  Numbers were just so…abstract.  I was ok when I was using manipulatives in preschool and kindergarten, had no trouble learning to count things, but when I was just given numbers that didn’t represent anything, I couldn’t make heads or tails of them.

Because I couldn’t explain what my problem was, I couldn’t get any help.

I started avoiding math in first grade in Montessori school.  I would find ways to look busy, or pretend to work on the “making change” lessons I was supposed to be doing, or I’d just kind of BS around until we were called to morning group (math was morning work, after group we could do other things).

It was great training for adult working life, I guess, learning to look busy.

But nobody noticed, so nobody helped me, and I never caught up after that.

If you see a child avoiding math or finding excuses not to do it, there may be a problem.  They probably can’t tell you why they don’t want to do it, they’ll just say they don’t like it or something similar.  But it’s worth checking on their skills and getting them some tutoring or accommodations or whatever they may need.

Other Signs to Look Out For

As kids learn various math skills, deficits can appear in different ways.  Some kids struggle with mental math (I still count on my fingers or write problems out), some don’t grasp place value, still others might have trouble remembering basic math facts.  Money is a big challenge for many people with dyscalculia, and it can manifest as not being able to count change or figure out the price of things.  Needless to say, this can make adulting a real challenge when you have to pay bills or work out a tip!

Other skills affected by dyscalculia include things you might not expect, like cooking and driving.  Measuring ingredients can be a problem, as well as understanding speed and distance, or even telling time.  Many people with dyscalculia have trouble with reading maps and understanding directions, whether it be telling left from right or knowing north from south.  Another difference between me and my mom is that she always speaks in cardinal directions (“you’ll go east on this street”, etc.) and I have to remind her every single time that I can’t understand that.  As far as I’m concerned, “up” is toward the interstate or away from downtown, and “down” is toward downtown or away from the interstate – other than that, I find my way by pictures.

It Doesn’t Have to Affect All Math Skills

It’s important to recognize that dyscalculia doesn’t necessarily affect all math skills.  Like some other learning disabilities, it can be uneven.  In my case, geometry and trigonometry were blessed rests from years of struggling, because they were “real”.  Dealing with shapes that could be seen and touched and measured was so much easier than trying to corral a bunch of random numbers that didn’t actually mean anything.  And algebra threw in a few letters just for confusion’s sake, and they didn’t mean anything either!  So I did just fine for a year and a half after years of barely passing math classes, and after I scraped by in my last required credit my sophomore year (that was a D in Advanced Math), I quit math forever.

No math classes since the age of 15 and I’ll probably never finish my degree because they’ll make me take a math class.  Oh well.

When I was in school in the ‘80s and ‘90s, our teachers told us over and over that we had to learn to do math in our heads because, and I quote:

“YoU wOn’T AlwaYs hAve A cAlculAtoR iN yOuR PoCkeT!”

To them, I want to say HAHAHAHAHAHAHAHA!!!!!  Since the advent of smartphones, I ALWAYS have a calculator with me!

Granted, I still need to know how to work out percentages to figure out how much I’ll pay for something on sale or to figure a tip or to work out a price with tax (why can’t the US be like the UK and just include the tax on the price tag?).  I need to know some basic multiplication to know how much I’ll pay for multiples of something, a little division to figure out payment plans, and some basic addition and subtraction to maintain my bank account.  But I only have to know the procedure – I don’t have to rely on my own number processing anymore, which is where my problem is.  There are even programs that will do my taxes for me.

For driving directions, I have GPS.  This way I have a picture to look at, plus it tells me “right” or “left”, AND how long it will take me to get where I’m going!

Those who have issues judging time are often either constantly early or late.  If you can cultivate a habit of being early, you can hang out and read a book, listen to music, or whatever (I’ve taken up knitting, thanks to the example of a friend who takes hers everywhere).  I tend to assume that I need at least 30 minutes to get anywhere in town, which is often not true, but it keeps me from being late.  If I find that cuts it too close for me to have time to make the transition from driving to something else, I add ten or fifteen minutes the next time.

It’s a Learning Disability, Not a Character Flaw

Those of us who don’t process numbers well are not stupid or lazy, we just have glitches in that area of our brains.  A little understanding and tutoring would have done me a world of good as a child, but it would have taken both.  All the browbeating in the world can’t get me to make sense of math, and all the coddling couldn’t make me figure out what parts I really had to learn to get by.

If your child struggles with numbers or math concepts, look into getting them evaluated for dyscalculia, the earlier the better.  If you’re an adult who’s fought with numbers your whole life, you are not alone and you are not dumb.

Do you struggle with math and numbers?  Were you diagnosed with dyscalculia as a child, and what help did you get?  Do you have any workarounds to recommend?

Share on TwitterShare on FacebookShare on PinterestShare on LinkedIn
School Issues