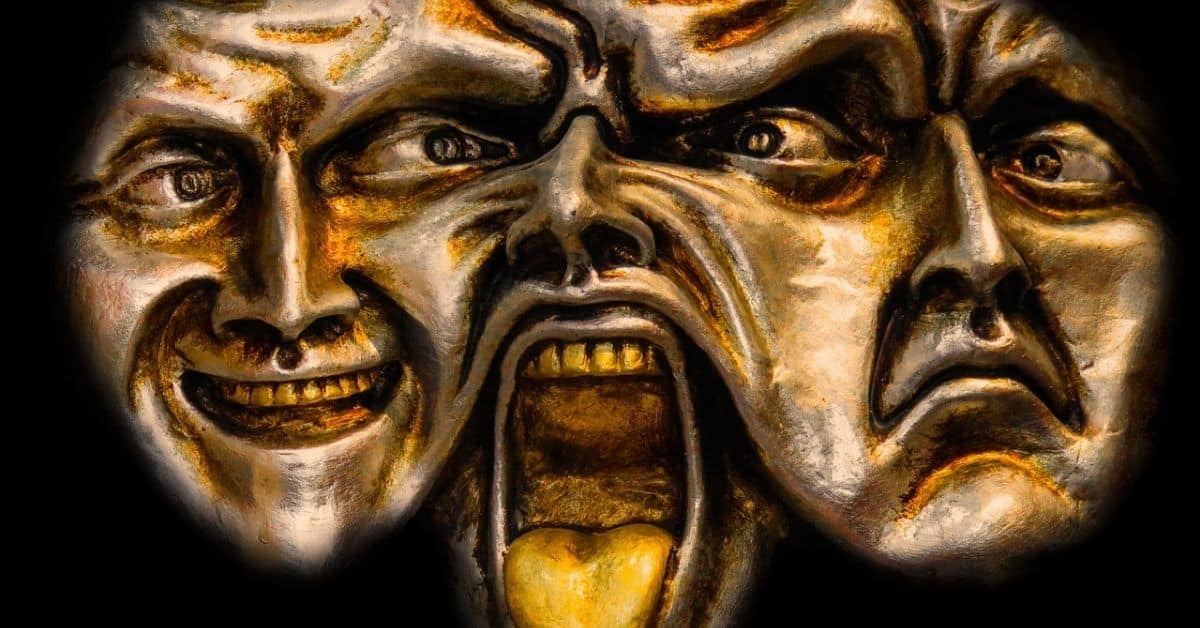 Coping, Living in the NT World, Masking, Myths and Misconceptions

We talk about “masking” a lot in the Autistic community – the strenuous process of pretending to be neurotypical.  There’s a lot of discussion around whether masking is healthy or unhealthy, the toll it takes on our mental health, and whether it’s good, bad, or neutral.  In many ways, I see it as a useful tool for getting by in the world, like having a “customer service voice”.  Lots of advocates encourage complete unmasking, while others point out that it’s not easy or, in some cases, even safe to do so.  But today I want to delve a little more into WHY we mask.

Autistic masking is a survival mechanism.

Many of us began masking before we had any idea what we were doing.  When our teachers told us that we were disruptive, or holding the whole class back, or to stop asking stupid questions, we learned that we should not need help and that we would be shamed for asking for it.

When the other kids called us names, pretended to be nice to us just to make us the butt of a joke, or singled us out for prolonged bullying, we learned that We Are Marked in a way that everyone else could see, but we could not.  And so long as they could see that mark, we would be a target.

When we were told over and over that our sensory experiences were wrong, or not real, we learned to Not Feel them, or at least to never speak of them.

When we were small children without the ability to name or process our feelings and found ourselves helpless in a meltdown, only for our parents to tell us “use your words” or “I’m not talking to you until you stop crying”, we learned that feeling our feelings pushed away those who were supposed to care for us.

We didn’t know how, because we didn’t understand the neurotypical rules.  But even as small children we did our best to ape the behavior we saw in other people – people who didn’t get yelled at or punished for always saying or doing the wrong thing.  Maybe we got it from TV or movies, maybe we started dressing and talking like another kid in our class.  We only wanted to be Acceptable.

Most autistic people do not mask because we want to be neurotypical.  We do it to avoid throwing up those invisible flags that make people single us out, shun us, and make us “Other”.  By adulthood, we’ve acquired a set of prey instincts that most neurotypicals can’t even imagine, because we’ve been targeted so often.  We mask so that we can “pass” and avoid being victimized again.  It’s a matter of self-preservation.

Without the ability to mask, I would not be able to hold my current job – or any job I’ve ever had, to be honest.  Even in a non-public facing role, people will insist on trying to socialize with me at work, and that just means that I have to watch my every word and facial expression.  I have to remember to say “good morning”, “good night”, and to smile at people I wouldn’t choose to spend time around without a paycheck involved, or else risk being labeled “weird” and “rude”, or maybe even being fired (yes, it has happened, more than once, because adult life is just middle school with cars and disposable income).  I can do it most days, but it’s draining.  When I get home in the evenings, I just want to put on a calm, stimmy tv show and not think for a few hours before I go to sleep.

I mask in order to be taken seriously by healthcare providers so that they’ll believe me when I tell them about my chronic pain and the effectiveness of my medications.  I mask when I see my hairstylist to make sure she’ll keep me on her books.  I even mask in front of my therapist, which is completely pointless because I told her on Day 1 that I was autistic and we talk about how my autism affects my other mental health issues at every freaking session!  But still, I mask.

Because that’s what I’ve learned I have to do to be safe.

I don’t mask in an attempt to BE neurotypical, and nor does any autistic person I know.  I wouldn’t choose to be neurotypical – I like being autistic, even with all the downsides.  My brain does really cool things and I like it!

But, as with so many identities, being my authentic self comes with risks.  I’m not likely to be attacked on the street (no more than any other woman, anyway), but if I let the mask slip in front of the wrong people, I am likely to lose my job, or not get hired in the first place, or lose friendships, or face relentless bullying and harassment.

Passing by masking is so ingrained that I didn’t even know that I was doing it until I was 35.  I called it “my game face”, “my public face”, “my work persona” – I knew it wasn’t me, and I knew that it was of paramount importance that nobody outside a trusted few ever see the real me, but that was all.  After I was diagnosed, it took me a few years to figure out where I ended and the mask began.  I had been doing it for so long that I had to disentangle myself a bit.

Now, after a lot of work, I can use it as a tool.  I can choose when I want to mask.  Would I love to be my fully authentic autistic self at all times?  Absolutely!  But I don’t think the world is ready for that just yet.  So I still put the mask on and pass as best I can.

How do you feel about masking?  Are you in a position where you can live totally unmasked?  If you were diagnosed as an adult, did you need time to figure out which parts were you and which were part of your mask?  How did you do that and what helped you?