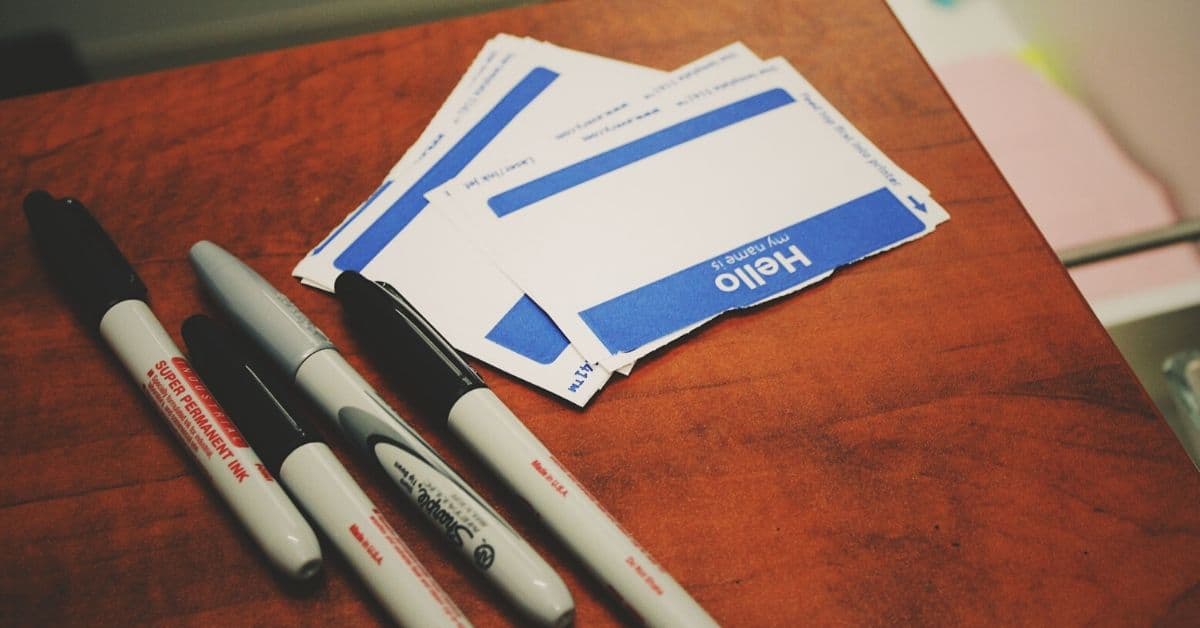 Do you ever wish you could wear a badge that says “I’m not unfriendly, just autistic”?

Most of the time, I’m perfectly happy to be a solitary creature.  I stay home and knit or write or watch the same movies and shows over and over and I’m a happy campress.  But humans are social creatures – pack animals, if you will – and we do need some social interaction from time to time.  So, every so often, I make an effort to go out and be around people.

Mind you, I’m the girl who can go to a bar and not talk to anyone but the bartender for several hours while people have fun all around me.

How Do You Socialize When You Have No Skills?

Recently, I went to a gathering of like-minded people with the intent of meeting some people and hopefully making a friend or two.  I know – that’s like saying I set out to go to the moon in a commercial jet: there are certain key elements missing!  But I thought it was a good opportunity for me, and it was a venue I knew well, so I held my nose and jumped in.

Here’s the thing: I know how I come off.  I have resting bitch face and I put off the panicky “leave me alone” vibes even when I’m trying to be sociable.  This does not encourage anyone, NT, ND, or otherwise, to strike up a conversation.  Usually, this is a boon!  When I’m out in public alone, running errands or whatnot, I don’t want people approaching me and most of the time, they don’t.  When I’m actually trying to meet people, however, it’s a problem.

Stick Out Your Hand and Say Hello??

This is yet another of those things we were all taught as small children:

Theoretically, it really should be as easy as Sesame Street made it sound.  And it seems to be that easy for other people.  But, much like planning parties, any time I’ve tried it, it somehow went horribly wrong.  And after years and years of social missteps… well… I’m scared.

I’ve been through so many humiliating social attempts that I tend to just clam up around people now.  All the withering stares and condescending insults I’ve endured in my 30+ years are burned into my memory and they leave me terrified.

And the longer I go without socializing, the rustier my limited social skills get.  It’s a vicious cycle that can only be broken by a successful social interaction or two, which is what I’m not equipped for in the first place.

At that gathering, it finally happened that a young lady saw me making notes for this very blog post in my pocket notebook and told me that she never went anywhere without a notebook, either.

That was seriously all it took!  I immediately had a conversation.  We talked about notebooks and good pens, Harry Potter, the topic of the evening’s gathering, good movies, bad movies, personal growth, and more stuff I can’t even remember.  Two other people joined us after a little while and, just like that, I had a group of people to talk with for the evening!  One of those people has even become a good friend since then.

So it all worked out and I met all the goals I’d had for going to that gathering: I met a few people, I made a friend or two, and I found a group to meet with for some regular socialization.  But I needed one of them to start it.  If that young lady hadn’t spoken to me first, I probably wouldn’t have said a word to anyone all night.

It all seemed so… so precariously left to chance.  I wish I had a way to make myself seem more approachable when I want to be.  All I could think of was the “not unfriendly, just autistic” badge.  How do you let people know that you do want to talk to them when you can’t make the first move?

How do you handle social situations?  Do you have any tips to share?  (Please, I could really use them!)  Where have you found it easiest to make friends?  Do you find it easier to socialize online rather than in person?