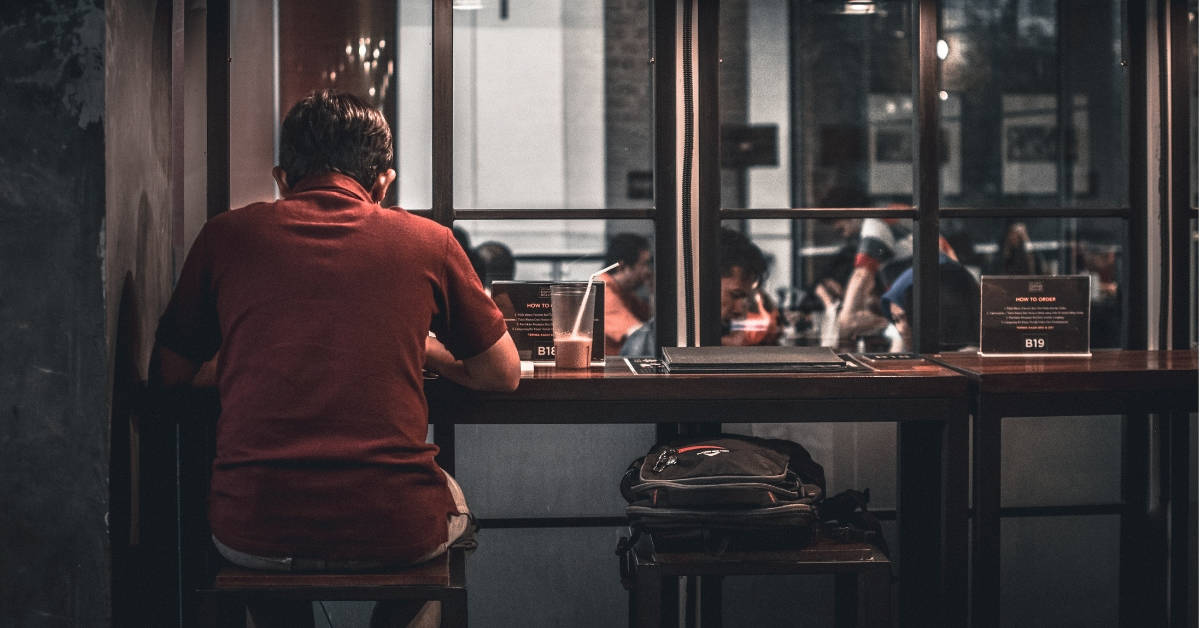 Life Before My Diagnosis

In my last post, I talked about how I finally came to be diagnosed with autism.  Today, I want to talk about what my life was like up to that point.  Before I received my autism diagnosis at 35 years old, I thought I was a failure at being a person.  I struggled with some of the most basic facets of life.

I was unlucky in a lot of ways.

As the last of four kids with a turbulent home life, there wasn’t much attention available to notice anything odd about me.  My mother figured I’d grow out of whatever I had going on, but she and my dad were pretty checked out by the time it became obvious that I wouldn’t.  And somehow, no teacher or other adult ever mentioned anything about my struggles.

I took swimming lessons every summer from about 4 to 10 years old, and yet I never learned to swim.  None of the teachers ever told my parents I wasn’t progressing, but I gained no skills.  I almost drowned at a classmate’s birthday pool party, but nobody saw it and I had to drag myself out of the water.  Riding a bike wasn’t such a struggle, but I left my training wheels on until I was 10 or so, until other kids shamed me out of it.  My parents didn’t seem to notice.

At 6 years old, in my 1st grade Montessori class, I started avoiding math – specifically lessons on making change.  My first lessons in bullshitting came from looking busy or hiding in the bathroom or just pretending to do the lesson until the teachers called us together for group time.  With two teachers and about twenty kids, I slipped through the cracks, so my parents never heard about it.  I always struggled with math, but from 2nd grade to 10th grade, not one teacher ever suggested tutoring or other help.  Numbers are my mother’s native tongue, so she couldn’t understand why I didn’t get it and I didn’t know how to explain that numbers move and change when I look at them.  I quit math completely after 10th grade, without anyone ever realizing I needed help.

Perhaps the worst of it was that I had no social models growing up.  As I mentioned, things were not great in our home, and my mom was ashamed, so she isolated us.  We didn’t have friends over, we didn’t even see our cousins or grandparents much.  I never got to see healthy, effective socializing in practice or learn how people act together.  Mom doesn’t have the greatest social skills herself (I suspect she’s an undiagnosed Aspie as well), so when I tried to model her or take her advice on a given situation, it only made things worse.  Dad had his own issues and isolated himself, so I had no alternative model.

But I was lucky in many ways, too.

The Montessori preschool environment I was in from 3 to 5 years old was great for me.  The lessons in that method are carefully arranged to build skills and provide sensory stimulation at that age.  I wasn’t allowed to develop a bad pencil grip, because all the pre-writing lessons required a tripod/pincer grip.  The buttoning, zipping, and lacing frames taught me how to fasten my clothes, and pouring beans and rice helped me learn to control my hands.  Other materials like the counting chains, geometric solids, and sandpaper letters gave me a wealth of sensory input that kept me calm and settled.

At 8 years old, my mom put me into dance classes to get me out of the house during the summer.  In spite of the dyspraxia/DCD that kept me from ever learning to swim, dance allowed me to build skills on top of skills, which is recommended for kids with dyspraxia.  I developed grace and control, although I lived on sprained ankles throughout my dancing career.  Not to mention, I gained a love for performance that later led me into drama classes.

Dance also led me to classic musicals (one of my favorite Aspie obsessions) and Old Hollywood.  Here I found the social model that I didn’t have in life!  I learned social graces and manners from the stars of the 1940s-50s: Ava Gardner, Cyd Charisse, Judy Garland, Ingrid Bergman, and others.  It didn’t serve me well in junior high and high school in the 1990s – I was way out of step with my peers and beyond awkward – but it gave me parameters and scripts to cling to in social situations.  As an adult, I still use those parameters and they serve me quite well.

Drama classes were probably the best thing that ever happened to me.  For me, it was more a class on “How To Be Human”.  I was forced to make conscious choices about facial expressions, gesture, movement, and tone of voice in order to convey the right performance.  This was invaluable to me!  Learning to make those choices gave me a foothold in the wider social world.  Instead of floundering trying to express myself, I only had to think about what I would do to convey that feeling onstage.  Sure, I came across as overly dramatic and I spoke largely in movie quotes, but it was more effective than trying to use my own woeful social skills.

It wasn’t until I was an adult that I realized movies and plays never showed healthy emotional reactions – good relationships make for bad drama.  So I had to deprogram myself and stop speaking in quotes that nobody recognized.

I finally learned some real conversation skills in my mid-20s when I worked as a stripper. (pause for laughter and/or astonishment.)  Where I worked, the dancing was more like advertising – the main work was talking to customers and making them like you so that they would give you money.  Because my livelihood depended on it, I learned to put on the mask along with my makeup and stage name.  With time, the mask became pretty solid, which allowed me to go from the clubs into a customer service day job.

For 10 years, I did customer service and tech support.  It was hell.  The customers were abusive, frequently causing me to shut down or cry during a call (very unprofessional, but crying will totally make an abusive customer back off).  The constant phone ringing and people coming to talk to me left me in a permanent state of interruption, where I couldn’t get settled and focus on anything.  I was always on edge, despite finding ways to stim at work.  After about 8 years in the job, I was told that I had been passed over for promotions because I didn’t smile enough and didn’t make a point to say “good morning” – in other words, I didn’t socialize enough or I didn’t behave the way they thought a woman should.  After that, I pointedly tried to imitate another woman in the office who was very well liked.  I started dressing like her, speaking like her, generally trying to be what I thought they wanted.  After a few months, I got that promotion that I deserved, but I couldn’t maintain the façade.  Once I fell back into being less sociable, my position was taken away.

Now, I’m determined to live in a way that doesn’t force me to pretend to be someone or something I’m not.  I continue to work on my social skills, but it’s still exhausting and unnatural.  Organization, executive function, and ADHD are all still major struggles for me.  I will never be a great housekeeper, and I will always need multiple to-do lists plus a calendar.  Like many women who get diagnosed in adulthood, I’m not totally sure where the mask ends and where I begin.  What I do know is that I’m not a failure at being a person.

What was your life like before you were diagnosed?  Did you have difficulties that people just didn’t notice?  Have you held jobs that people didn’t think you could do, or not been able to do jobs other people thought were easy?