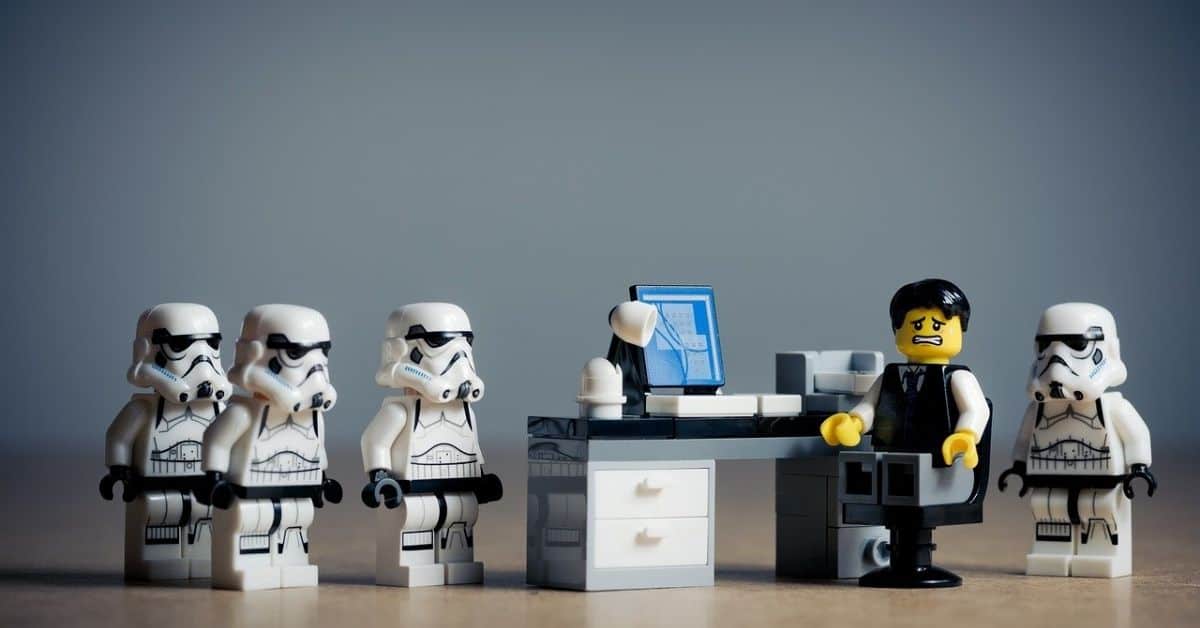 Lessons from a Co-worker from Hell

I’ve spent many years teaching myself how to pass as a Neurotypical person for at least a few hours a day.  While my ability to mask in public has served me well in helping me to hold down jobs and such, it’s also taken a toll on my mental health because I never learned how to set boundaries with people.  But now, thanks to a coworker from hell, I’m learning ways to keep my social interactions healthier and safer.

I know that sounds weird.  Let me explain.

I have a coworker from hell – let’s just call her “Vivian” (totally not her real name, that’s a reference to Catherine Zeta Jones’ line in Rock of Ages).  Vivian is that peculiar breed of Southern Mean Girl who does her bullying in the guise of being “friendly”.  She’s a gossip and an attention hog.  She always wants everyone to know her business and she’s quick to tell anyone else’s, so long as it makes someone else look bad.  Basically, she’s a walking reality show trope.

She talks constantly and doesn’t seem to understand that a conversation should allow both people to talk – by that, I mean that she talks over anyone who tries to answer her.  It gets people flustered and confused so they can’t keep up and may say something they didn’t quite mean, which the bully can then twist against them; it’s a tactic I’ve run into a lot in my life.  When she appears to be making “friendly conversation”, she’s actually gathering information that she will later use against people, either to needle them or to make other people think badly of them.

Vivian is an eighth grade bully with 20+ years of experience in being a 13-year-old Mean Girl because she never grew up.  She may be married with a few kids but she’s stuck in middle school and thinks everyone else is, too.

The day I figured that out, everything changed.

It’s kind of marvelous to be able to look at someone trying to bully me in the same way I’ve been bullied all my life and realize that they’re the socially stunted one, not me.  Being autistic, I’m used to being slow on the social uptake and I usually expect to be the one making the faux pas.  But in this case, I am the more socially and emotionally mature one!  Like all bullies, I can’t make her go away by ignoring her (please don’t ever tell your kids that, it’s a lie and sets them up for worse bullying), but I can stymie her by simply Not Playing.

The thing is, in order to Not Play, I have to fight decades of social conditioning.  I never went through ABA, but I’ve been through a lot of similar conditioning in learning to hold a conversation.  I’ve trained myself that I am supposed to speak in the pauses.  When the other person stops talking but they’re obviously not finished, I understand that I’m supposed to make some noise of assent.  When someone brings up a topic, especially something personal, it means they want to talk about it and I’m supposed to let them and carry on a friendly conversation about whatever it is.

I worked so hard to learn how to do this.  It’s unnatural as all hell for me, but I practiced and practiced just so that people would stop calling me rude and unfriendly (which has lost me jobs).  Over decades of masking, it’s become pretty automatic to engage when someone starts talking, just as a survival mechanism.  Through this conditioned response, I’ve often found myself trapped in very uncomfortable situations that I didn’t know how to get out of – people only wanted me to make conversation, I never learned how to end one.

And then, one day, after Vivian had spent over an hour telling me all her marital drama that I definitely did not want to hear, the proverbial lightbulb went on in my head.  She only did that when nobody else was in the office because our other coworkers won’t engage with her.  And I figured out that I could do that, too!

It truly never occurred to me that I had the right to not answer someone who talked to me, even when I felt unsafe.  (There’s probably a lot to unpack here regarding me being a woman raised in the American south, but I’m going to stick to my being autistic for now.)  Growing up, I never had the right to walk away from my parents when they yelled at me and I still can’t bring myself to do it today.  I never had the choice to ignore a teacher.  And when I thought that other kids my age were not authority figures and could therefore be ignored with impunity – well, schoolyard vigilantism made it painfully clear that I was wrong.

If I didn’t engage with people *even while they were actively bullying me*, I was always the rude one and was made to apologize.

So it was a revolutionary idea when I thought:

I don’t owe her engagement.  I don’t owe her my attention or my conversation, no matter how badly she wants it.  I can just let her talk and never make a sound of acknowledgement at all.  I have headphones and music and audiobooks and all of YouTube to drown her out until she runs out of breath.

Realizing that I can draw this boundary has been amazing for my self-esteem and my confidence, as well as my mental health.  Vivian continues to talk – at length – she wants an audience to feed her the right lines, but she doesn’t care if they do or not, she’ll just keep talking.  And I do not respond.  I can feel the pressure, though, all the years of practice and conditioning pushing me to reply, reminding me not to be “rude”, trying to make me pretend to be A People.  It’s hard to fight that.  But knowing that I have the right to choose who I engage with, where I spend my limited social energy, and knowing that I don’t have to answer every social demand has made me feel much stronger and much more in control.  Maybe I am still a bit socially stunted to only make this realization on the edge of my 40s, but I’ve made it now and I don’t think I’ll ever talk to anyone I’m not comfortable with ever again!

How have you dealt with workplace bullying?  When you learned how to make conversation, did you learn how to end them as well?  How old were you when you figured out that you didn’t have to be nice to people who were mean to you?  I suspect many of us later than we would have liked.