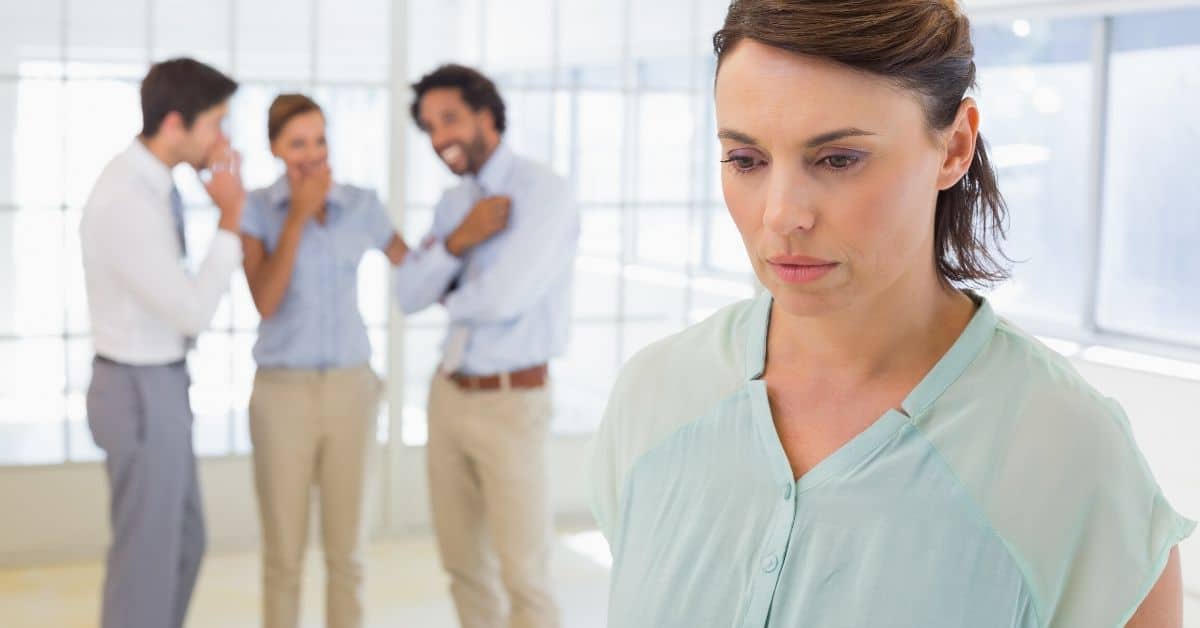 I Know They Mean Well…

This isn’t a great, well thought out post, but it’s necessary today.  If you’ve ever dealt with well-intentioned NTs, I think this situation will be familiar to you and I honestly don’t know how to handle it, so I think we should talk about this.

I wish I could figure out how to explain to NTs that their attempts to include me *their way* are scary and overwhelming, even as I know they mean well.

My boss is a very nice woman.  She goes out of her way to do nice things for the people who work for her as much as she can running a small business.  In the current climate, she’s brought in lunch for us, which is very kind and I appreciate it.  But along with that, she wants us to all sit and socialize over lunch, which terrifies me.

I like my co-workers just fine, please don’t think otherwise.  But I’ve never been one to be friends with people I work with, it just feels odd to me.  I like to keep some separation between my work life, which I consider the “public” me, and my personal life, which I consider the “real” or “private” me.  There’s a lot about me that my co-workers don’t need to know, from my religious and political views to my goth and pinup weekend looks to my obsessions with musicals and British comedy.  And, like so many autistic people, I have trouble finding the line between chatting enough to not be weird and oversharing.

Today, my boss spontaneously decided she would take the office to lunch – as in going out to lunch, not bring it in – as in sit in a restaurant.  During a pandemic.  In a state that had to roll back our reopening and introduce a mask mandate because our numbers have spiked so much.  Don’t get me wrong, it was a sweet thing for her to offer, but I have refused to go to restaurants for several months and I intend to continue getting only takeout until things are much better.

But I didn’t know how to say no.  It would sound ungrateful, it would be seen as antisocial – I have suffered at other jobs for these very reasons and I felt like a rabbit caught in headlights.  One of my co-workers actually tried to give me an out, and my boss responded with “What’s wrong with Grace socializing?”

I know she means well.  I appreciate the thought and the generosity.  But even if there wasn’t a pandemic on, I wouldn’t have wanted to go.  These are not my people and I’m not really comfortable around them.  Not only would I have to work out how to do small talk, which is enough social calculus on its own, I’d have to watch every word to make sure I didn’t make them think I’m “too different”.  I’m actually a little thankful for the excuse of having an autoimmune condition, so I could credibly beg off by saying “I’m trying not to go anywhere these days”.

What’s worst about it is that they know I’m autistic – I got this job through Vocational Rehab.  Everyone involved knew I was autistic from the get-go.  For the most part, they’ve been really good about letting me just do my work without forcing much socializing on me and there hasn’t been much in the way of office politics or anything.  They’ve made sure that I knew I could speak up when my workload maxed out so I didn’t get overwhelmed and basically they’ve included me as much as I’ve been comfortable being included.

It’s just my boss.  She’s so friendly and genuinely wants to include me the same as she includes everyone.  It’s such a small business that almost everyone involved is family or friends, and that makes for a really good atmosphere.  I’ve worked in places like this before and enjoyed it, except for this bit.  Because this is the pitfall of really friendly, generous NTs – they just sort of throw socializing at you in a well-meant attempt to “bring you out of your shell” or “make sure you’re not left out”.  The intent is truly kind and that’s why I can’t for the life of me figure out how to explain that such a sweet gesture sends me into a panic.

I don’t want my boss to think I don’t like her.  She’s not in the office every day, so she hasn’t gotten to know me like the rest of my coworkers, who know that I’ll speak when I’m spoken to and sometimes make a little pleasant conversation, but otherwise I just keep my headphones in and do my work.  I’d like her to know that I recognize and appreciate her attempts to include me and make me feel a part of things.  I just don’t know how to get that across while still making it clear that it’s not my scene.

This has been a problem in other jobs – I was told I didn’t smile enough or say good morning, or I got forced into company parties that I hobbled my way through and then people looked sideways at me forever after.  The well-intentioned invitations became a reason I was excluded after all.

I confess myself at a loss.  I require some time to prepare even to go hang out with my friends when I do want to socialize.  Socializing with coworkers is a whole other level.

Does anyone have any advice?  Have you had to find ways to handle very nice, well-meaning NTs trying to include you in uncomfortable ways?  Have you worked in a family business-type atmosphere and found a place in it?  Are you an NT who wants to include neurodiverse people?  How are you going about it and does it work?  Let’s have a conversation around this because I can’t be the only one going through this.