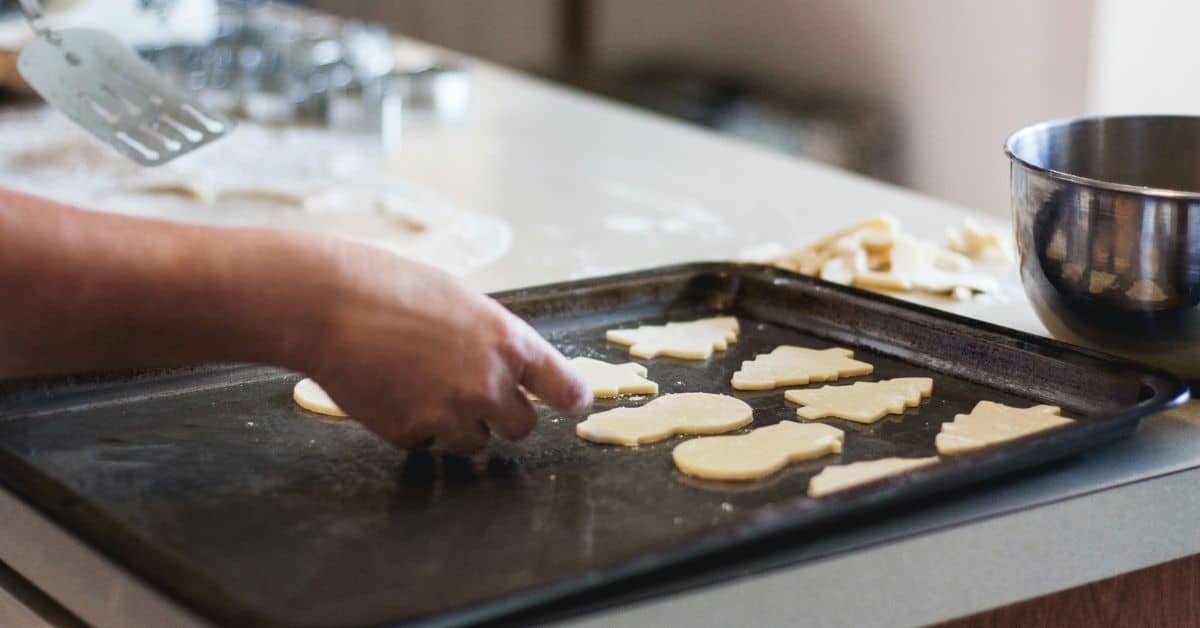 Today I’m reveling in my holiday traditions of baking, cooking, and watching my favorite Christmas movies.  Everybody has those things that make us say “it’s just not the holidays without _______!”  We call them traditions, but I think it’s more than that.  For me, and for other autistic people, traditions are rituals that help create a sense of stability and continuity.  Knowing that some things never change helps us feel safe and secure, just as our daily rituals and routines do but on a larger scale.

I have some very specific markers surrounding the winter holiday season.  First, it’s not officially “the holidays” until I see this commercial:

The internet tells me that this commercial has only been around since 1989, but I would swear it’s been on my entire life.  It absolutely defines the holiday season for me.  This year, the first time I caught it was about 10 days before Thanksgiving, during the morning news as I was getting ready for work.  I heard the first two notes and bolted out of the bathroom, makeup brush in hand, to watch it with a big silly grin on my face, knowing the holidays were officially upon us!

Second, the actual “Christmas season” is always inaugurated in my home with the animated How the Grinch Stole Christmas.  I grew up watching a version that my parents had recorded off TV in the early 1980s which had been edited for time and commercials.  As an adult, when I got my own copy of the full cartoon, I went through a period of being totally unsettled each time I watched it – it didn’t go like the version I had learned to recite since I was about 6 years old, it wasn’t right!  But after several viewings and learning where the differences in the rhythm lay, I got a handle on it and now I can recite the entire thing in full.  And I do.

Once the holiday season is in full swing, there are other movies that I absolutely must watch every year.  Just as Halloween requires The Nightmare Before Christmas and Vincent Price marathons, Christmas has quite a list of required viewing.

After I start the season with the animated Grinch, I move on to A Christmas Carol – in three versions: the George C. Scott, which I grew up on and can recite; the Patrick Stewart, which I consider to be the best version ever regardless of the very 90s visual effects; and the Muppets, because if there is a Muppet version available, it should be watched.  I also watch the Jim Carrey Grinch at least once during December, mostly out of nostalgia for the year it came out when I was in a bad place and it comforted me so much that I saw it three times in theatres.  A Charlie Brown Christmas is absolutely necessary, as much for the music as anything else.  And because I’m a dancer, any Christmas would be incomplete without The Nutcracker – but I insist on the Gelsey Kirkland/Mikhail Baryshnikov version because that’s the one I grew up with, even if it does leave out the Arabian dance in the second act.  Other classics that cannot be missed in December include White Christmas and Miracle on 34th Street (the original only).

You may be wondering how I find time to get in all these movies during such a busy season, especially if I’m watching any of them more than once.  Well, because I know them all by heart, I don’t actually have to watch them, exactly.  Mostly I put them on while I wrap presents or bake cookies.  The important thing for me is that they happen.

Running through the dialogue and music of these movies reminds me that these things I love still exist, that they’re right there for me to go back to every year, and that regardless of all the scary changes that happen in life, some things never change – an ultimate comfort to an autistic brain.  It creates a place of calm, a small stimmy moment when I can let my brain relax into reciting something it memorized before I had full command of language or something I associate with pure happiness.

Food is a tricky subject for many autistic people, and the holidays often make it more stressful.  But many of us also have specific “holiday only” foods that we love and look forward to every year.  For me, that’s ham, baked with a brown sugar and mustard glaze and studded with cloves.  It’s the only way my family has ever cooked ham and even if someone showed me a better way, I don’t think I would have it because this is How We Do It.  And it never occurs to me that I could bake a ham at any other time of year, it’s “only for Christmas” in my head.

Christmas cookies are a big thing for lots of people – some even do a thing called a cookie exchange, which I’ve never fully grasped.  I fancy myself quite a good cookie baker (and people who eat my cookies support me in this idea), so I consider baking to be an integral part of the Christmas season.  I have a few recipes that I choose from, some that are quick and reliable, others that are more labor intensive due to the decorating that makes them feel so special.  If I wasn’t baking every weekend in December, I’m not sure what I’d do.  It just wouldn’t feel right.

Another necessary part of my Christmas season is making mulled cider jam.  It’s a complete pain in the butt, it takes two whole days and often a lot of struggling with math and fractions to prep, cook, and set it up in jars, and it simply is not Christmas until my house smells like spiced apples on toast.  I give it as gifts, but I make it because it’s a crucial part of my holiday.  Even if I didn’t have anyone to give it to, I would still make cider jam because it’s What I Do for Christmas.

Losing Traditions is Upsetting and Unsettling

I’ve had to give up a lot of my winter holiday traditions over the years.  I no longer get to have a live Christmas tree, which was always important to me.  There’s no space for it in my home now and there’s little point to the hassle since I don’t spend Christmas at home and there aren’t presents to put under it.  I spend Christmas with my stepdaughter’s family, which means that I don’t get to make my Christmas ham and from Christmas Eve to Boxing Day my company, menu, and holiday viewing are all dictated by other people.  That means that on top of the stress of socializing more than usual, I have to be extra careful about what I eat (food can easily trigger migraines in me) and there’s a good chance I’ll be subjected to A Christmas Story, which I hate with a passion!

Losing the ability to create the holiday experience I want with my own traditions based on things that are important to me makes me feel unsettled, insecure, and out of control in the midst of the craziest season of the year.  Consequently, I cling to my jam and my cookies, I watch every one of my Christmas movies more than once if I can possibly manage it.  I need to know that some things never change, that I can maintain my place in the world by keeping up at least some of my traditions even as I’m forced into other people’s ideas of what the holidays should be.  Just as my daily rituals and routines keep me feeling in control of my life, my holiday traditions create a sense of safety, continuity, and stability which is that much more important for me because I am autistic.