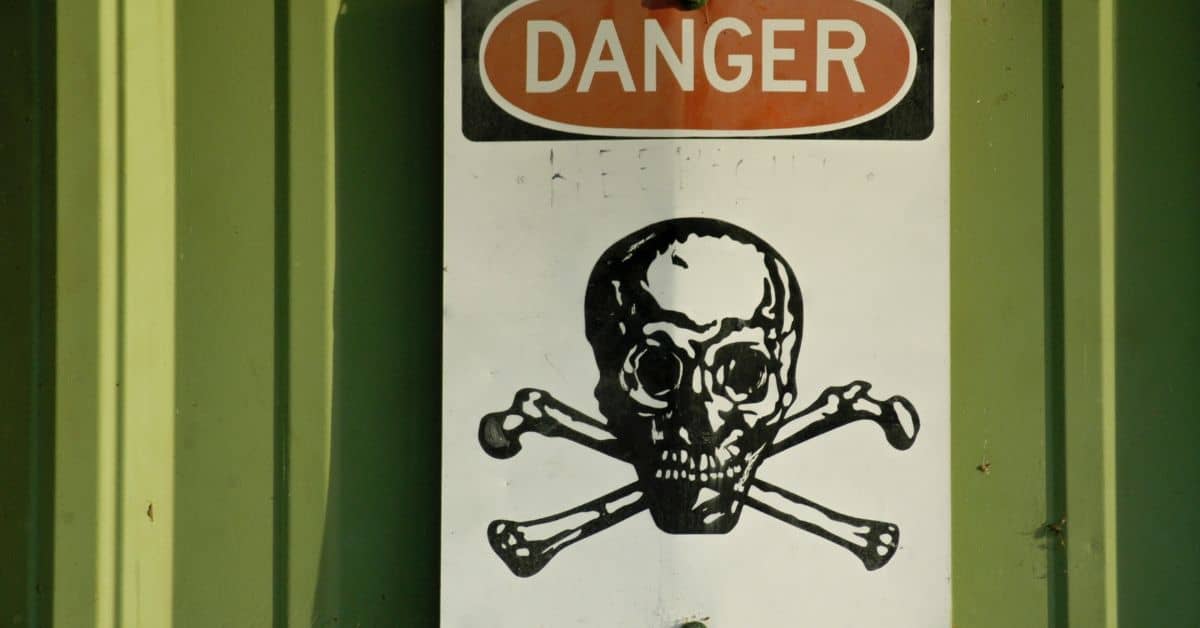 Everyone Should Know About the Ridiculous Origins of MMS

I wasn’t going to talk about any of this on this blog at all, because it’s horrible and doesn’t help other autistic people, which is my purpose here.  But Robert Evans at Behind the Bastards just dedicated two episodes to the history and use of MMS (Miracle Mineral Solution) and I think that passing on some of that information and getting it spread around could prove useful.  I highly recommend listening to the podcast itself (as long as you don’t mind swearing) if you’ve got a couple of hours to spare.

I’m not getting anything from them, this is not a sponsored post, I just want everyone to hear this.

I shared this article about MMS recently for the sake of raising awareness about how far some anti-science parents will go to try to rid their children of autism.  It’s a terrifying read, for the record.  While most people know that there are people who refuse to vaccinate their kids for fear of the dreaded autism monster, it’s harder for people to believe that some parents subject their children to painful, dangerous snake oil “cures” that actually cause permanent damage in some cases.

For those unfamiliar with the so-called Miracle Mineral Solution, it’s chlorine dioxide, which is an industrial-grade bleach.  There are people who give it children by mouth or via enema, thinking that it will somehow make their children not autistic.  Let that sink in a minute.

The short version of the MMS story, as it relates to autism, is covered in Episode 74, Part 2 of Behind the Bastards.  This part of the story starts with Kerry Rivera, who discovered MMS somewhere on the internet (Evans says “Google University” – I hope that’s not a real quote, but I wouldn’t be surprised).  Rivera, who claims to hold a degree in Homeopathy but declines to say where she got it, had already bought in to the idea that autism is caused by pathogens, and MMS was marketed as the cure-all for all pathogens, so she came to the conclusion that MMS would cure autism.

It’s Rivera who is responsible for really spreading this idea through her writing and social media presences.  Although Amazon recently removed her book, YouTube took down some of her videos, and Facebook closed down her public page, she hasn’t been de-platformed.  Her dangerous message is still getting pushed all over the internet through private Facebook groups and blogs that cover the “autism bio-med movement”.

Evans has researched lots of Rivera’s history, including the defunct website for her clinic in Mexico (all his links can be found in the show’s footnotes), and he specifically mentions two protocols she recommends.  Her standard “cure” for autism involves chlorine dioxide by enema 2-3 times a week, although that seems to conflict with her “72/2” protocol, which is administering a dose every 2 hours for 72 hours.

I can’t make heads or tails of it, and I hope you can’t, either.  This is insanity.

The effects of ingesting this bleach include everything from diarrhea and low-grade fever to shredding of the intestinal lining – you know, just about what you’d expect from poisoning.  But according to Evans, when one mother asked Rivera about some of these symptoms in her child, Rivera encouraged her to increase the MMS dosage even further.

It’s about this point that Evans and his guest, Billy Wayne Davis, call this attempted murder, and I’m inclined to agree.

But what I found even more interesting is the actual origin of MMS, which they cover in Episode 74, Part 1.  This is the part I want everyone to know and spread far and wide so that everyone will know how ridiculous this nonsense really is.

The Miracle Mineral Solution was first pushed by a former Scientologist who claimed to be a billion-year-old space god and also to have been abducted by aliens who zapped him with an electrical download of knowledge.  Reverend Jim Humble, later Archbishop Humble of the One Holy True Christian Original Church (aka Spiritus Church, the Order of the Friends of Yeshua, the Liberal Catholic Church, and the Byzantine Catholic Church, Incorporated, among other names), began by dosing malaria patients in Guyana, until the government stopped him.  He continued in several other African countries, where he also started saying he could heal by touch, until the respective governments and local missionaries ran him out.

After a while, Humble hawked chlorine dioxide as a panacea.  It seems he never met an ailment his snake oil couldn’t fix, from cancer to high blood pressure, high cholesterol to eye disease, and even obesity and depression.  Evans lists a huge number of conditions Humble claimed to be able to treat and/or cure, and that list is still incomplete.

Humble wasn’t stupid, however.  To skirt FDA regulations, he made a point to say that his Miracle Mineral Solution destroyed pathogens and poisons, thereby allowing the body to heal itself, rather than claiming MMS did the curing.  His Genesis II “church” doesn’t sell MMS, but it does sell tickets to conventions where doses are handed out like communion wine.

Incidentally, to join the Genesis II Church, you have to pay $10 and promise to never get vaccinated.  It seems to come full circle, doesn’t it?

It’s worth noting that Robert Evans has some experience working in Special Education and with autistic people.  To his credit, he makes a big point of the fact that even if there were a cure for autism, that in itself would be a tremendously complex moral question.  He mentions that a lot of autistic people hate Autism Speaks and other groups focused on “ending” autism (if you read this, Mr. Evans, please do an episode on the founders of Autism Speaks).  His language is a little outdated, but he even acknowledges that.

Another interesting point is when Billy Wayne Davis, Evans’ guest, talks about a family friend with an autistic son.  Davis says the son is non-verbal, but when he was around 18-19 years old, they gave him a keyboard and found out that he could understand and could communicate, he just couldn’t say the words.  It’s kind of a frightening thought.

This podcast is the only place I’ve ever heard the laughable origins of MMS, and I really feel this should be spread.  The more people know how ridiculous it is, the fewer children will have to suffer being dosed with it, or at least that’s my hope.  So please go check out Behind the Bastards, Episode 74: The International Church of Drink Bleach.

Have you run into anyone who subscribes to this kind of “treatment”?  Do you know anything about the “autism bio-med movement”?  Did you listen to the podcast and want to talk about it?

Share on TwitterShare on FacebookShare on PinterestShare on LinkedIn