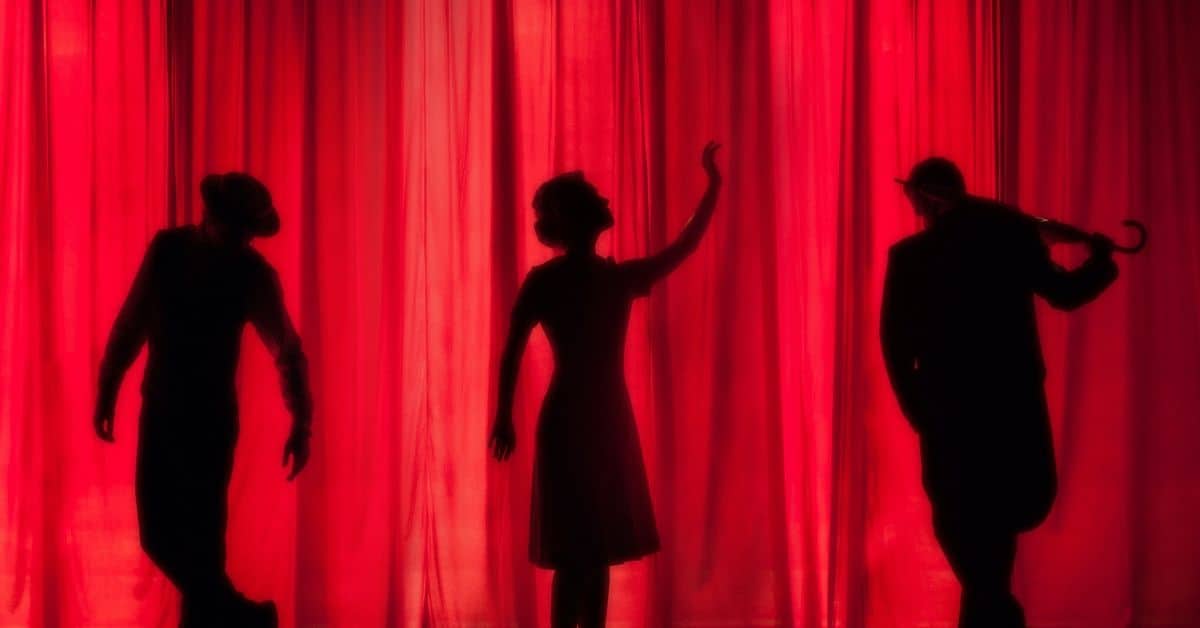 Drama Classes: Lessons in Being Human

I’ve wanted to write this post for a while and I’ve put it off because I really wanted to do this topic justice.  So I’m doing it now and hopefully I’m doing it well.  Growing up autistic, especially not knowing it, was really hard.  Navigating the social landscape of adolescence was an incredible struggle.  See, I feel all the same things other people do – happiness, anger, love, fear, joy, frustration, etc. – but my natural expression of those feelings is different than most people.  This is the basic social problem between autistics and NTs: neurotypicals have the privilege of being in the majority, so they just expect everyone to be like them; when autistics’ behavior doesn’t match up to those expectations, we’re ridiculed and shunned.

The most important thing drama classes taught me was how to arrange my features and use my body language to convey emotion.  Not necessarily to express my emotions but to make other people think I was feeling a certain way.  It had been made clear to me that my natural expression of my emotions was “wrong” or at least “unacceptable”.  Nobody could read my expressions or I was “showing” the wrong feeling.  For instance, I don’t smile as a default expression.  These days we call it resting bitch face, but when I was in school it was just an excuse for other kids to ask me “why are you so mad all the time?”.  I was usually not mad or upset, I just wasn’t smiling.  So I learned how to set my face into a “pleasant” expression that got people off my back.  As another example, people never seemed able to tell when I was scared.  My natural expression of fear is to pull in, curl up in a ball, and keep my eyes down so I don’t have to look at anyone, but since that didn’t read, I learned to make my eyes very wide, which more people can interpret as fear.

I know this sounds like masking – and in some situations, I do use it for that – but this skill has been a crucial part of making myself and my feelings understood.

Neurotypical body language and facial expressions are a common stumbling block for autistic people.  Because of our differing neurology, it’s almost as if we speak two different unspoken languages.  I had a tough time understanding my NT peers in school; I fell victim to the “mean girls” who were nice to me just to make me a joke, I was too naïve to know when people were lying to me or using me.  But as I learned in my drama classes to use body language the same way they did, I began to see certain looks on their faces that accompanied the setup for the cruel comments and to recognize the shunning body language that I had never picked up on before.

Learning to “speak” NT body language also helped me make friends.  I slowly learned that some people were sincere when they were nice to me, instead of just mistrusting everyone out of an abundance of caution, and I formed some real friendships that meant the world to me as an autistic teenager.

Having this insight – being bilingual, in a sense – helps me read NT colleagues and friends as an adult as well and helps me communicate in their language when I have to.  This has been absolutely key to my maintaining employment as an adult.

Having taught me what facial expressions and body language could convey, drama classes then introduced the idea of CHOICES.

Acting is full of choices – deciding how the character feels or responds in a situation and then how they show or don’t show that feeling or response.  This was revolutionary to 14 year old autistic me!  The idea that I could choose my responses to various situations was an absolute revelation!

Based on this amazing realization, I started creating scripts for common social situations.  In my teenage life, this meant a lot of coming up with scathing comebacks for the frankly common and banal insults that were thrown at me on a daily basis, but also moments when I tended to freeze up or overshare, like when I was asked open-ended questions like “how are you?” that didn’t actually want a real answer.  I drew from plays, books, and dialogue in TV and movies to craft a handful of “correct” responses that I could pull up when I needed them.

As I grew up, I used the idea of acting choices as an aid to learning emotional regulation, trying to choose my responses deliberately instead of just letting them happen all over me and everyone around me.  It’s also helped to keep me safe around those NTs who mean me harm by not showing my vulnerabilities – if I act like I own the place and nobody can hurt me, I don’t get singled out as easily.

Drama classes could never make me not autistic, and I would never want them to, but they eased a lot of the social and communication difficulties I faced.  Those scripts that I created have grown into a full database, making the daily social calculus of adult life much easier.  And the idea of “creating a character” is an easier form of masking for me – it’s not so much about hiding any of my autistic traits, but about making the choices that will meet the least resistance in a given situation.  My go-to character is literally “Me, but with social skills”.  It’s easier and more comfortable for me to go to a party in that character for a couple of hours than to spend those few hours constantly reminding myself not to stim, not to say anything weird, watch the tone and volume of my voice, etc., etc.  Creating the character is positive, whereas the masking is more negative, if that makes sense.

It’s still draining to be constantly ON.  I love performing on stage, but I also love coming offstage and taking off the costume and makeup and getting to be me again.  And it’s the same in life – I can play that character for social reasons for a few hours, but then I need to go home and be myself.  I don’t have the resources to play a social character all day long for a living, which is why I don’t work in tech support, customer service, or retail anymore.  But I do find that the lessons I learned in my drama classes have been invaluable to me as I grew from an autistic teenager to an autistic adult.  I think I would be much worse off without everything I learned there, including the fact that theatre kids are all a little weird and therefore they’re often more likely to accept a socially awkward autistic kid who loves musicals as much as they do.

Were you/are you a theatre kid?  What’s your favorite play or musical?  Maybe you’re a movie buff who patterned your social behavior on Old Hollywood films (I did that too)?  Have you learned to communicate in the unspoken language of NTs, becoming “bilingual”?