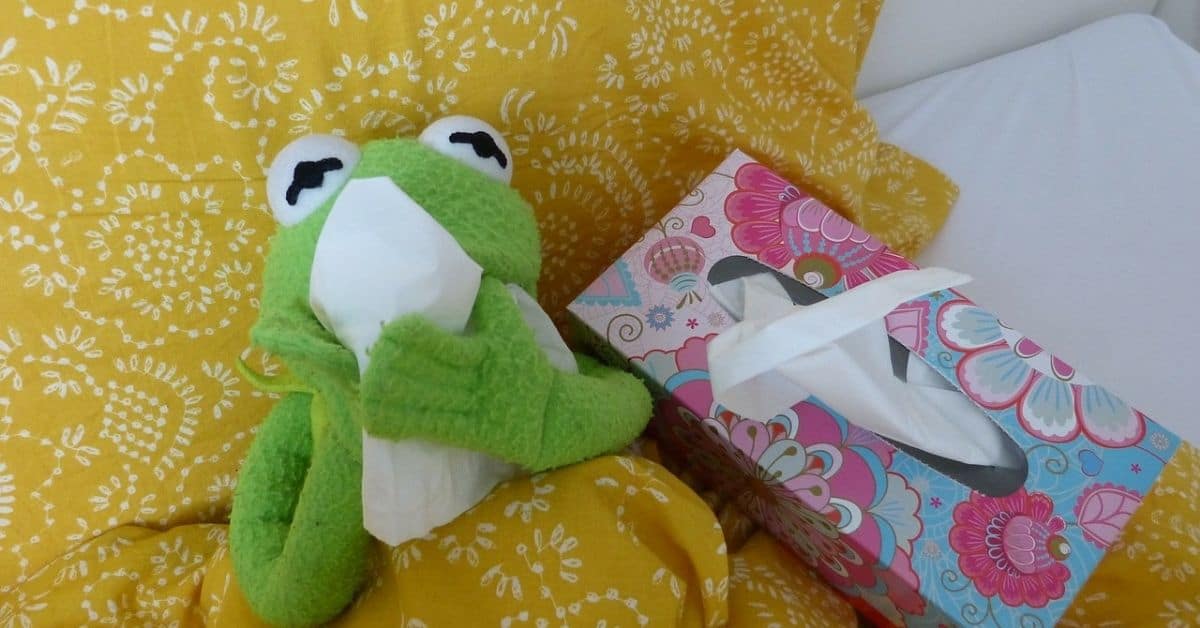 Being Autistic and Ill

When I got my Covid jabs recently (please, everyone, get your vaccine as soon as it’s available and your health allows it), I had some pretty unpleasant side effects, like a lot of people.  They weren’t especially bad, but they did make me realize that being autistic adds a whole extra layer to being ill.  We don’t just get the symptoms themselves, we also get sensory issues that those symptoms cause – so we’re not just sick, we’re overwhelmed as well.

It Wasn’t That Bad, but It Was SO Bad!

Starting with this vaccine experience: after the second shot, I was a bit achy, and although I didn’t seem to run a fever, I had massive chills.

Now, the thing about me and cold is that it hurts.  I hate being cold because it’s physically painful to me at the best of times.  When I run a fever, I can’t even touch a cold glass of water or a cold toilet seat without whimpering in pain.

So after my shot, while I might have had a whole one degree of fever and I really didn’t feel very ill, I was also sobbing because the chills were so bad and I couldn’t make them stop.  As a grown woman who has put time into trying to understand myself, I could recognize that it was only the chills that were so bad, and the shot had also made me tired so I didn’t have all my usual coping resources available – but it was just me at home and if I wanted to get into a very hot bath and cry while attempting to warm up a little, that was a reasonable thing to do.

As a child, though, I would have just screamed and cried and been inconsolable and I wouldn’t have been able to tell my parents just what was really the matter.  In fact, I know I did that, I remember it.  And I remember getting yelled at for it.  But it can be really hard to separate the extra sensory overwhelm from the illness symptom when they’re both caused by the same thing.

When I was a kid, the worst part of being sick was throwing up.  Like that was the very worst thing that could happen when I was sick.  It’s painful, it’s gross, but I hated it for even more reasons – it’s sudden, it’s uncontrollable, I could never quite get the taste out of my mouth, and that strange wobbly feeling in the belly afterwards made me afraid to eat or drink.

Since I’ve grown up, I’ve come to realize that throwing up is infinitely preferable to waiting to throw up – being that nauseated is much worse than just getting it over with – but I still prefer to avoid it if possible for all those sensory reasons I mentioned.  Hence, I’ve become something of an expert on nausea remedies and I keep peppermint tea, ginger tea, ginger ale, and saltines on hand as well as that pink stomach medicine.

I also learned very young that lying on a cold tile floor helps with nausea somehow.  Guess it’s lucky for me that I almost never had fever and vomiting in the same illness.

I’ve always had a hard time explaining this to people.  I think most everyone is familiar with the general achy feelings that go with a fever, but the fever itself is painful to me.  Sometimes it feels like a burning sensation in my long bones or my large joints (thighs/upper arms, hips/shoulders and spine).  Other times it creates sharp, almost stabbing pains in my muscles or prickly, electric pains across my skin.

This is another reason my parents thought I was just “taking on” as a child – but I’m still pretty pathetic when I’m feverish now.  Only now, I know that breaking the fever is the way to make it stop.  Warming up won’t help this like it works for the chills, but piling loads of blankets on myself and taking some ibuprofen and sleeping it off is fairly reliable (sleeping through the worst of the pain is a bonus).

So What Have We Learned?

Autistic adults, if you get extra sensitive and can’t cope when you’re sick, even if you know intellectually that you’re not actually that bad off, it’s not you.  You’re not weak or making a fuss.  You’re probably getting sensory overwhelm just when you don’t have the energy to cope.  Cut yourself some slack, have a hot bath and/or a favorite comforting drink, and get some rest.

Parents, if your autistic child is extra fussy or flat-out inconsolable when they’re ill, just know that there’s more to it for them.  Nobody likes being ill, but it’s several times more stressful for us and even more so for little ones who don’t have the skills to cope yet.  Try to keep their stress levels down, don’t ask them too many questions because they’re likely to be easily frustrated, and offer them anything they usually find comforting, whether that’s food/drink, movies, music, toys, a blankie, whatever.  When they feel better, you can try asking them what the worst part of it was or what would have helped, and they may be able to tell you for next time.

What’s the worst part of being ill for you?  Do you find that certain parts of being sick are worse for you, like fever or vomiting?  How do you find comfort when you’re ill and overwhelmed all at once?