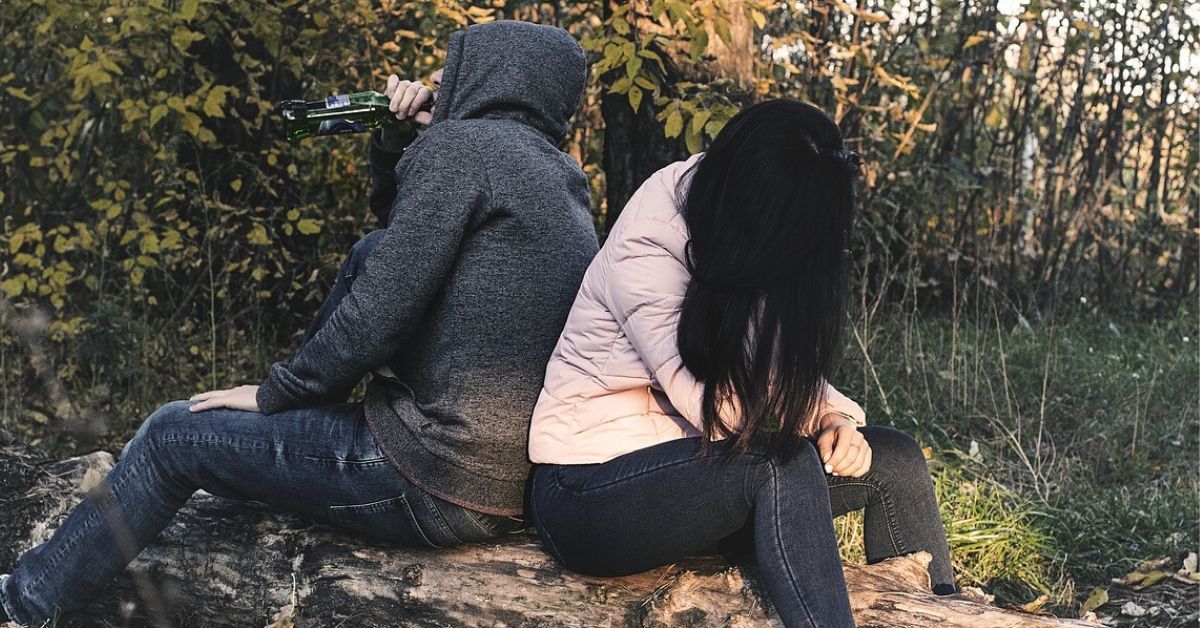 Autistic relationships have all the same problems as NT relationships, plus a few that are specific to the spectrum.  Dating other autistic people can ease some of those issues, but it’s no guarantee that things will be better. I dated a fellow Aspie (undiagnosed) who kind of understood how my mind works, but never grasped why I didn’t just “get over” things like he did.  The communication problems were many and glaring, but I’m just going to focus on one today.

When I needed to know what to expect, he thought I was being controlling or abusive.

I have a ton of insecurities, just like everybody else.  In relationships, my insecurities manifest in a weird dichotomy: on the one hand, I’m clingy as hell because I need constant reassurance, but on the other hand, I’m terrified of being intrusive or burdensome, so I try to let my partner dictate when they’re willing to make time for me instead of demanding it.

Neither of these approaches are healthy.  I’m working on that.

This fellow Aspie ex-BF of mine was generally very good about making sure we got to talk every night.  It kept me in a routine and kept me reassured, which was good.  The problem arose when he would travel – which was at least 2-3 weekends out of any given month – for business or to see friends and family.  I didn’t want to get in the way of his work or intrude on his good time, but I needed to know that our routine would continue.

I tried to explain every way I could think of: I asked him to tell me when he was available to me, when he would have time for me, when I would not be an inconvenience to him, when I was allowed to contact him.  (Anyone who spotted where my attachment trauma flared up in that statement, take 10 points for your House.)  My communication was still unclear, though, because he missed my point that I needed to know these things so as to not get in the way of his life.

Now, the man had some communication problems of his own.  He knew that he set aside time for me and he knew when it was, but he didn’t realize that I didn’t know any of that.  So he got very annoyed at me for asking about it, no matter how often I said “I just need to know what to expect”.  He accused me of trying to control him, trying to keep him on a leash, etc. (all based on mistreatment he had experienced in another relationship), when that was the opposite of what I wanted to do!

One night I found myself explaining it like this.

The world, writ large, does not make sense to me.  It’s too loud, and too bright, and generally chaotic, and people are the worst because they’re completely unpredictable.  There is no certainty except that which I make for myself: my routines, my choices of the same brand of product for no good reason, my insistence on the same song to accompany a given activity.  We autistics get such a bad rap for being “inflexible”, but we do these things to find some stability, something to hold on to in a world that is terrifying because we never know what to expect.  And in that thought process, it came to me what to tell him.

IT’S THE UNCERTAINTY THAT KILLS ME.

I learned long ago that things in this world – and especially people – are going to do whatever they’re going to do, and there’s not much I can do to have any effect, let alone control anything.  So I just need to know.

See Indiana Jones up there?  Not knowing what to expect makes me feel like Indy forgetting how to spell in Latin.  I feel like there is no safe place to step because the ground will collapse under my foot.  But that doesn’t mean I need to drain the moor or lay down concrete to make it all even – I just need to know where the solid spots are, where I can step safely.

I cannot explain the sound of wonder and astonishment that my ex conveyed with a simple “Oh” when he finally realized that my asking when I should expect to hear from him was not controlling behavior.

Controlling behavior is trying to make the other person conform to your wants and needs and/or punishing them when they don’t.  For example, if I’d blown up his phone for a solid hour until he answered or called me back, that would have been controlling.  Likewise, if I had insisted on knowing where he was at every moment while he was out of town, that would have been keeping him on a leash and been totally unacceptable.  If I’d refused to talk to him or broken our next date because he forgot to call me, that would have been a form of punishment.  None of that behavior is ok in a relationship.

As autistics, it can sometimes be hard for us to see the difference between meeting our own needs and forcing them on other people.  (For examples of how not to treat people, see Sheldon Cooper or any other “Autistic Jerk” character.)  But it can be just as tricky for us to see when we’re being controlled, taken advantage of, manipulated, or otherwise mistreated by a partner.  Many of us have spent our lives trying to be “good enough” or “worthy” of people’s affection or other positive attention and we’ve probably sublimated a lot of our own personalities to do that.  None of that is ok, either.

If you and your partner are both on the spectrum, it’s extra important that you both practice self-awareness and personal responsibility.  When NTs blame their partners for their own behavior or gaslight them, that’s emotional abuse, and it’s the same when one or both partners are autistic.  Every person is responsible for their own behavior.  Everyone, regardless of their neurology, needs to try not to hurt their partner and own up and apologize when they do.

As an autistic with an autistic partner, it’s not ok for one of you to hold the other to your standards just because you’re both autistic – you’ve had different life experiences and you have different needs.  If one of you is sensitive to something and the other is not, neither of you should belittle or berate your partner for not being like yourself.

Relationships aren’t impossible for autistic people, but they take work.  Specifically, they take understanding yourself and learning to communicate both your needs and your intentions clearly, as well as learning to listen to and understand your partner.  They also take the work of learning the signs of an unhealthy relationship and being willing to leave one.  If you find that you have difficulty with any of these aspects, I highly recommend finding a counselor who is experienced with autistic adults to help you sort things out.

What have been your biggest challenges in relationships?  I know plenty of you are married or in long-term relationships – what are your best tips for making a relationship work when autism is involved?  Have you ever tried autism-friendly relationship counseling, and how did it go?  Do you find yourself repeating the same patterns in your relationships or swinging from one extreme to the other?  Have you been told you were incapable of having a romantic relationship?