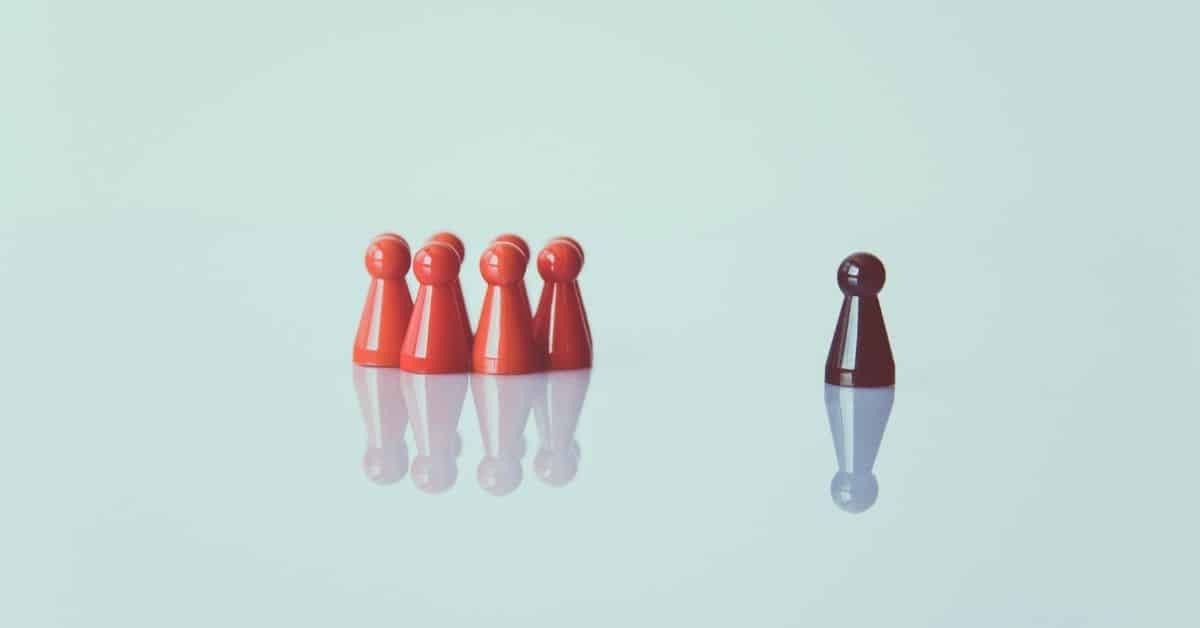 A few weeks ago there were a couple of posts making the rounds in the autistic community about never feeling included.  We joked about having to be explicitly invited like vampires and just having some innate understanding that when people say “we”, it means them and not us.  While they are jokes among those of us who can relate, those things are often true, and I had reason to remember it and think my way through it right on the heels of those posts.  So this is not a proper essay, really, it’s just a little journey through me figuring out how and why I assume I’m excluded as a social default.

A friend of mine had just moved into a new place and it needed a good bit of work.  Some others in our small friend group had already made plans to help her get it fixed up and livable and as this was discussed in front of all of us, she suggested we could all get together on a weekend and paint the place.  It was nothing solidly planned, just a vague idea with no details behind it.

Cut to a few days later.  In a group chat that included me and another friend who tends to function as the information hub for our group (All friend groups have that person, right?  They should, it’s very useful.), my friend asked what time people would be meeting up on that Saturday.

I immediately assumed that I was not invited.  It was a reflex, an instinct.  I didn’t have any conscious thought process behind it.

In retrospect, I can see where it started.  When she asked what time people would be there, I assumed everyone else knew where “there” was – if that was true, then they had information I didn’t, which meant that they had been discussing this without including me, which meant they didn’t want to include me.

It seemed logical at the time.

Just a day later, in the same group chat, after agreeing on a timeframe, THEN my friend gave out her new address and directions.

So, clearly, I was wrong about everyone else having information that I didn’t, and obviously they hadn’t been setting this up without me.

But I just couldn’t shake it.  It had gotten into my head that I wasn’t welcome and even in the face of clear evidence that I had been wrong, I couldn’t let go of that idea.

I didn’t know what to do.  Part of my brain kept saying that I definitely wasn’t invited and so I should just not say anything and not show up.

But another part of my brain pointed out that she knew I was in that group chat and she asked about it there, so she must have meant for me to be involved.

That’s when my catastrophizing brain decided to play its favorite game – “But What If?”.  What if she had forgotten I was in that group chat?  People do tend to forget I’m there sometimes because I’m often very quiet in group settings.  This was unlikely because it was just the three of us in that chat, but my brain insisted.  And what if I assumed I was included and showed up on the day and everyone went quiet and smiled through clenched teeth and either told me to leave or let me stay but clearly didn’t want me?  That was my adolescence in a nutshell, and I had no desire to repeat that.

But what if I was expected and I didn’t show up?  Especially without saying anything?  That would make me a crap friend just when I’m trying really hard to build some local community for myself.  That would mean I didn’t deserve a place in that group.

For a little while, I considered just asking outright.  All these people know I’m autistic, surely I could say something like “Hey, I didn’t get a vampire-specific invite for this, so I just need to make sure you do want me there”.  But I couldn’t.  I think I was ashamed.  And kind of afraid of the answer, because part of me still believed they didn’t want me.

I Punted and Got Lucky

The day before, the other friend in our group chat asked about parking at the new place.  I grabbed the opportunity to sound “normal” and said I was wondering the same thing.

There.  That was a perfectly good reminder that I was there, and a reasonable opening for them to move the chat elsewhere if I wasn’t supposed to be included.  It sounds strange now that I write it out, but it’s not like I expected them to tell me I wasn’t wanted – I just wanted to give them the out, saving face for everyone.

And, of course, it turned out that I was invited and expected and welcomed and we made good progress on her new place in a few hours of painting.

What the Hell, Brain?

I don’t know where this comes from.  I’ve been trying to deconstruct it and get to the root of the belief that I’m unwanted.  It could be social trauma from being teased, shunned, and bullied for so long.  I spent years getting made fun of for thinking I got to play with the other kids or go to their parties just because the whole class was invited.

For most of my life, when people said “everyone”, it didn’t mean me.

Maybe that’s because I don’t feel like I really belong much of the time.  Maybe it’s because I feel like such an alien that when people say “people” or “everyone” I assume it’s “humans only”.

I can offer this advice, though.  When dealing with an autistic person, specifically tell them that they are invited, expected, wanted, and welcomed.  It will save us a ton of anxiety and keep our brains from playing mean tricks on us and it will increase the likelihood of our showing up by a factor of 10 or better (depending on our social anxiety and how well we know you).  We do want friends and we want to be there for our friends.  We just need to be reminded that you want us, too.

Do you assume “we” means everyone but you?  Can you trace it back to any reason, or does it feel innate?  Have you ever assumed you were included and had it blow up in your face?  What do you suggest people do in this kind of situation?